Bridging the worlds of research and industry 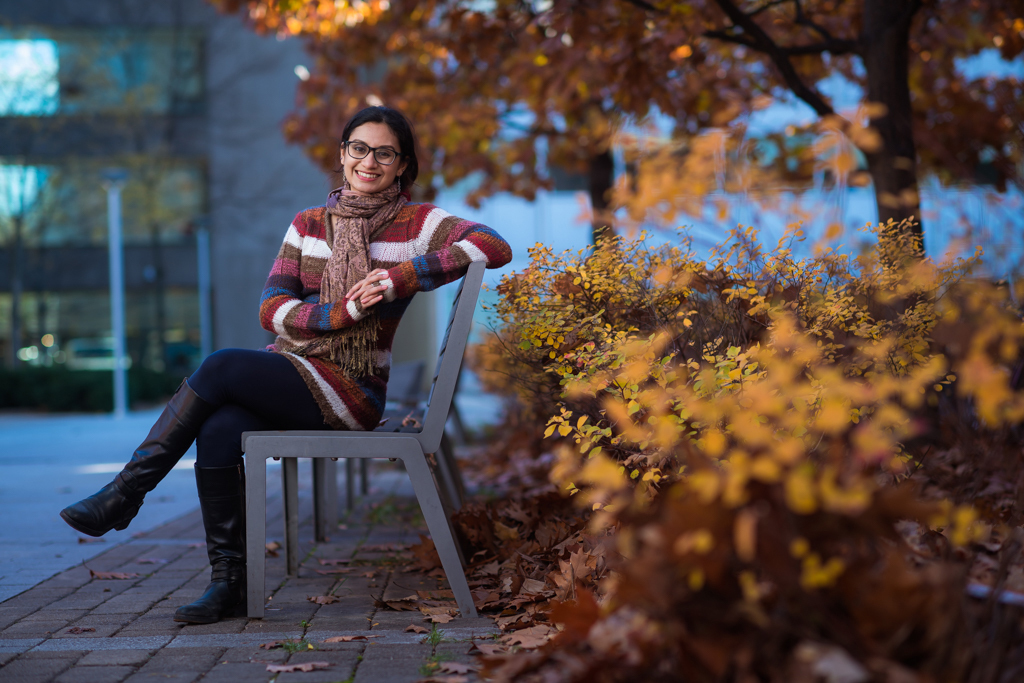 PhD student Nidhi Juthani has built a deep foundation in science to inform a career in the private sector.

Graduate student Nidhi Juthani was not content with just one graduate degree. Instead, she decided to earn two in one fell swoop, via MIT’s PhD in Chemical Engineering Practice (PhDCEP) program, which allows her to obtain a doctorate and an MBA concurrently. The combination is a perfect fit for Juthani, who wants to pursue a career bridging scientific research and industry.

An undergraduate internship helped spark her interest in combining the two fields. As a chemical engineering manufacturing process intern at Procter and Gamble, she worked in the business unit that produced feminine care products, starting her days on the manufacturing floor at 6:30 a.m. There, she gained an appreciation for the efficiency, procedures, and processes required to manufacture a product. “I could also see how a material [the absorbent core of the pads] that was conceivably once a lab project maybe 10 years ago had to be scaled up to get mass produced,” she says.

Now in her fifth year at MIT, Juthani has already completed her PhD, working in the lab of chemical engineering professor Patrick Doyle. Her research involved designing a microRNA-based diagnostic that could potentially help with early detection of certain cancers.

Juthani began the MBA portion of the program at the Sloan School of Management last fall. She misses the freedom she had as a doctoral student to work on her own schedule. But the experience has been worthwhile. “My worldview has definitely been expanded,” she says. “I’ve learned about different industries and fields that I didn’t know existed, learned about different cultures and countries, ranging from Brazilian New Year’s traditions to how hierarchy works aboard a Navy ship, and developed a great support network.”

A native of Waterloo, Ontario, Juthani knew early on that she wanted to pursue a PhD. When she was 16, her family attended an open house at the University of Waterloo’s new Institute of Quantum Computing. The connections she made there led to the opportunity to work in Professor David Cory’s lab as a high schooler. She credits Cory, a physical chemist, with “opening up this whole world of academia to me, [a world] that I quite literally didn’t know existed before that.” Moreover, he planted the seed in her mind that she should pursue engineering and maybe a PhD. He even suggested that she consider MIT — a school that seemed out-of-reach to her at the time.

Her first internship took her to Cambridge, Massachusetts, where she did research in the Aizenberg Lab at Harvard’s Wyss Institute for Biologically Inspired Engineering. “I had an immense amount of freedom to structure my entire project,” Juthani recalls. She immersed herself in her work, which ultimately helped lead to the publication of two papers.

Employing a different set of skills, Juthani worked at an energy sector-focused materials science and data analytics startup that had spun out of the Aizenberg Lab. As employee number five, she learned how to be a jack-of-all-trades doing anything and everything, including taking calls at 6 a.m. from customs officials to ensure orders arrived on time. (Happily, she also met her now-husband that summer, at another startup in the same building.)

In all, Juthani tackled five distinct internships during her undergraduate career. While each one helped inform her thinking about her professional trajectory, there was no question in her mind that she still wanted to pursue a PhD after graduation. However, she also recognized that a lifelong research career would not fulfill her. She desperately wanted the scientific foundation that can only be provided by a doctorate, but ultimately hoped to focus on the business management of science. To succeed at this kind of career, Juthani wanted to learn to be “bilingual” in both the language of science and the language of business, so that she can serve as a bridge between the technical and business teams on a project.

A friend suggested that the unique PhD in Chemical Engineering Practice program at MIT would be a perfect fit. The program is very small, with only two to four students per year. “It’s so specifically geared for people who want to go into business out of a PhD that it just made sense for me,” Juthani says.

Asked to describe her research, Juthani excitedly launches into a detailed technical discussion, noting that she hasn’t been able to explain her work in such depth to her MBA classmates. Her PhD focused on developing hydrogel microparticles for microRNA and extracellular vesicle detection (EVs), which both serve as biomarkers for a variety of diseases, including cancer, and may make cancer detection possible before it manifests into a tumor. “There is a need for better tools to enable research and diagnostics with EVs, since it is such a nascent field and there is much to learn,” she says.

Juthani developed a colorimetric assay using the microparticles, whose different shapes enable detection of multiple targets simultaneously. The round particles can be used for one specific microRNA, and the cuboid particles can be used to identify a different microRNA. Moreover, the process doesn’t require specialized equipment; the particles can be imaged with just a phone camera. Her animated description of the color theory involved in creating “perfect images” of the microparticles for her thesis is just one more manifestation of her many diverse passions.

Ever since she arrived at MIT, Juthani has had to grapple with the aggressive deadline of the PhDCEP program, which typically requires completing the PhD within three years. Despite a year-long setback due to the pandemic, she defended last August and started the MBA in September.

Changing gears has been eye-opening. “The MBA experience has been completely different from anything I’ve experienced in engineering — grad or undergrad — and in research,” she says. “There is a significant emphasis on group work, discussion-driven learning, and learning from each other’s experiences … and I’ve also learned how to think in a more systematic, framework-driven manner.” After she graduates, Juthani is considering life sciences consulting or venture capital, so she can use her business experience, satisfy her scientific side, and be exposed to a wide variety of companies and projects.

Outside the lab and classroom, Juthani seems to make the most of every minute. She has attended countless seminars, taken pottery classes, participated in MIT Figure Skating, joined a Bollywood dance group, and makes time for coffee dates with friends. And yet, her advice to other students is to “take time to look back and see how far you’ve come.” It’s a practice that has served her well. During some difficult weeks of her PhD experience, when she was overwhelmed by seemingly impossible problem sets, she would take a slow stroll down the Infinite Corridor. She says seeing the stream of flyers that line the walls prompted her to savor all the possibilities that MIT offers — and to remind herself of how lucky she is.

“I have this great opportunity to be here at MIT, and I want to try to do as much as possible,” she says. “I want to come out of MIT satisfied that I learned and tried new things.” True to form, Juthani politely says goodbye and rushes off to her glassblowing class, one of MIT’s most iconic experiences.