A Home Away from Home

To Separate or To Engage?

A Home Away from Home

When I first came to MIT, I planned to work, but not much else. Certainly no time to play Gu-zheng – the Chinese zither. There are simply too many things to learn, to explore. But, from time to time, I was possessed by a lingering anxiety – an integral part of my voice was left silent, something that uplifts me from the daily routines to the boundaries of imagination, something that brings me home at a place half a globe away from home. That’s when it occurred to me that no matter what new things I learn and explore, the melodies of Chinese music have been so deeply rooted in my cultural identity that they blend into the air I need to breathe. 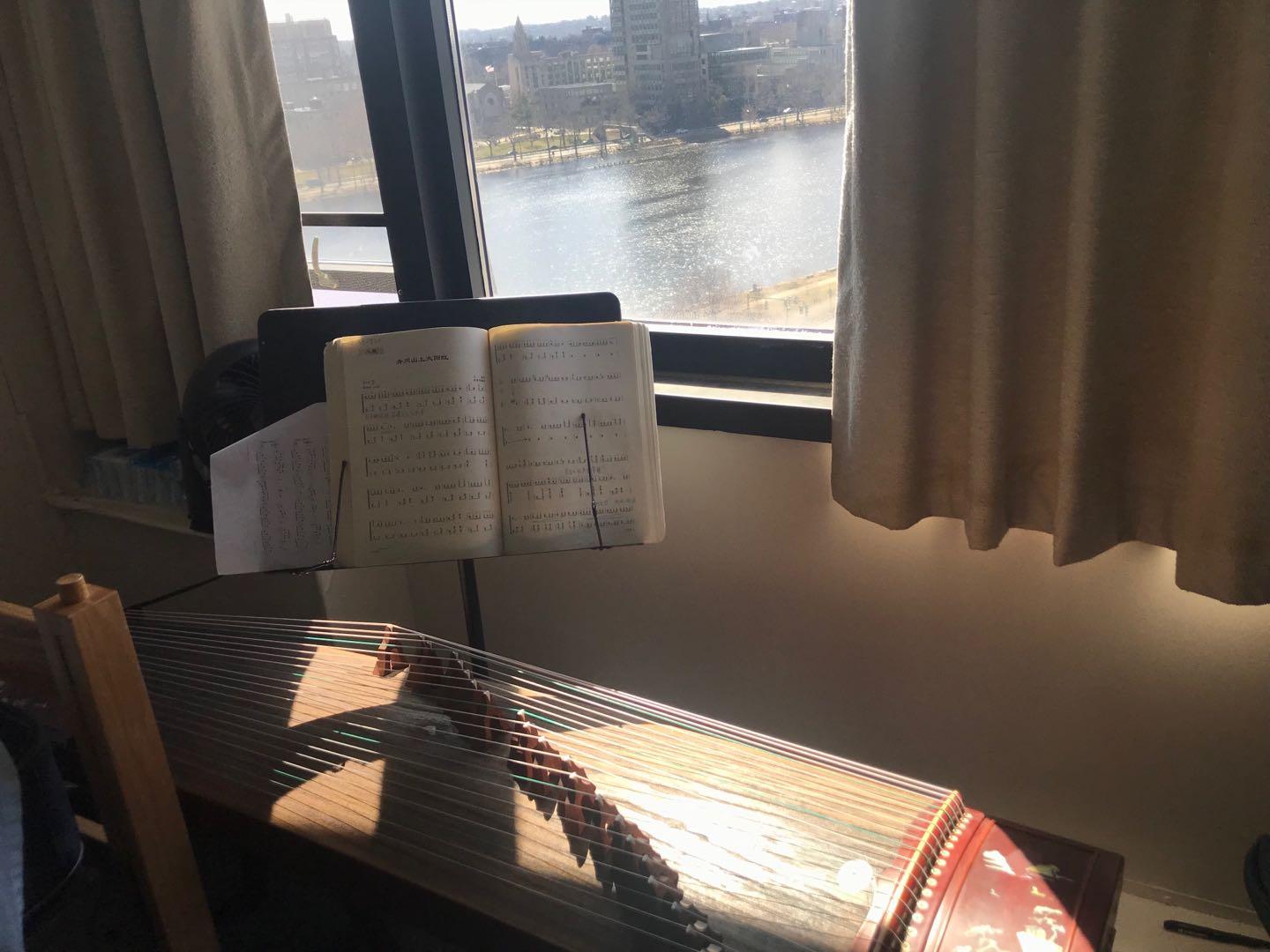 In the first days of October 2018, when I casually glanced at the flyer of Graduate Student Life Grant, I was electrified. This was it! This was the opportunity to create a home – our home – for all who share our love for traditional Chinese music and culture. With the application deadline for the Life Grant in just five days, Irra (also a Gu-zheng player from the same year and department as mine) and I laid out the plans for the Chinese Music Ensemble in a small meeting room at the Martin Trust Center for Entrepreneurship (among all places!). In mid-December (just before the final exams), our application was approved (out of the blue!). Just like this, the MIT Chinese Music Ensemble was started – with two players and two instruments.

The first item on our agenda was to host a Gu-zheng workshop during 2019 IAP. When we posted the workshop syllabus on the IAP website, we were unsure of how well our workshop would be received. After all, the instrument, as well as traditional Chinese music, must have seemed all so esoteric. To our great delight, we received over 30 signups for 8 available spots from students of various cultural and ethnic backgrounds. In the workshop, we not only taught basic techniques and simple pieces, but also sketched the broader cultural and aesthetic context behind each piece. One particular fond memory was when we demonstrated how the Gu-zheng music in different regions of China in fact vividly resembles the local dialect.

Indeed, Chinese music is just like a dialect – a particular set of words and sounds we utter to describe the world around us and express the emotions within. There are many other (more commonly used) words and sounds which convey the same idea. But perhaps only when we speak in a dialect can we truly bring a token of our home with us wherever we go. 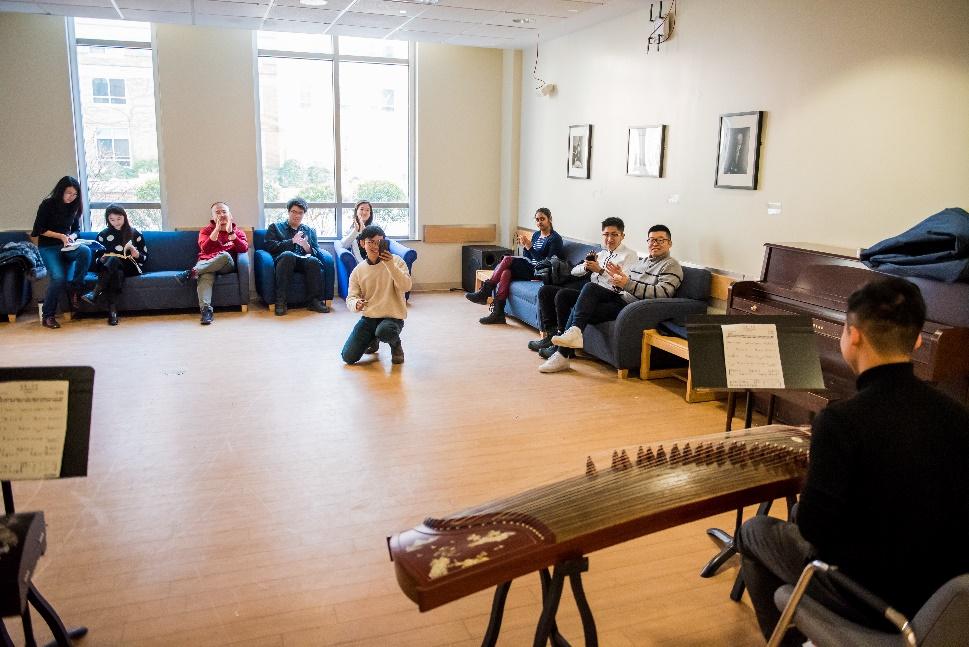 After performing at the MIT Chinese Lunar New Year Festival, we were ready to recruit new members and form the ensemble. At our first gathering, twelve members showed up, many with their instruments in hand ready to play. When the melodies from different Chinese instruments blend and resonate against the walls, they weave sceneries of China one after another – from magnificent mountains to serene creeks – and capture the subtle emotions condensed in the spirit of every Chinese since the days of Confucius – joyous but not hysterical, sorrowful but not depressing (乐而不淫，哀而不伤). Between sound and silence, all of us were brought back to a place we call home – a place we have never truly left.

Starting the MIT Chinese Music Ensemble allowed me to rekindle my passion for traditional Chinese music, form long-lasting bonds with my peers (whom I otherwise wouldn’t have met), and promote wider appreciation of traditional Chinese culture at MIT and beyond. But above all, it has facilitated all of us together to create a home far away from our homes. 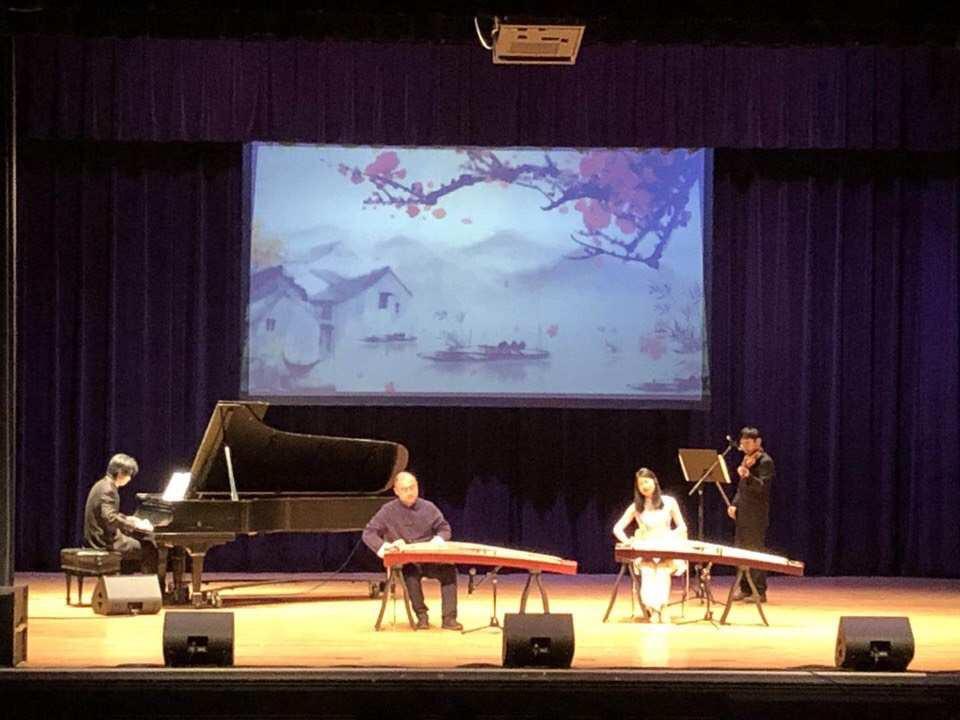