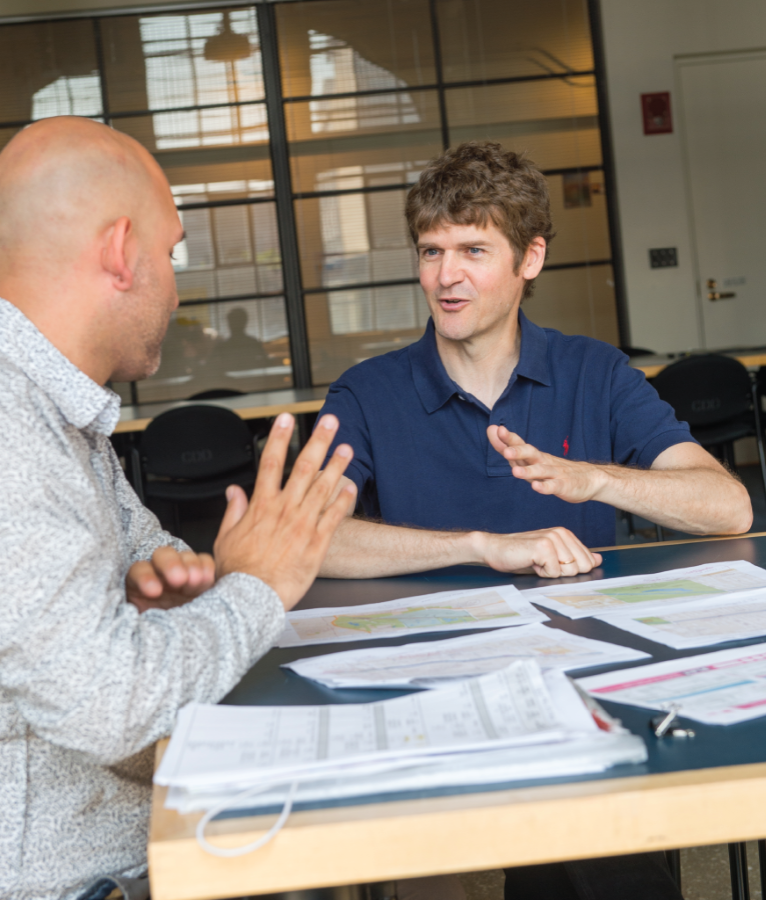 Professor Brent Ryan’s passionate engagement in urban design and public policy is contagious. Embracing the challenge of preparing students to write their City Design and Development theses, Prof. Ryan became known the thesis prep class as “a rigorous, yet approachable” professor whose genuine care for student well-being makes an impact, both academically and personally.   The class abounded with interdisciplinary explorations, and his nominator “was very impressed with [his] ability to create an environment that provided every student the opportunity to develop their thesis research collaboratively.” In addition to encouraging students to share ideas, Ryan offered access to his extensive professional network of colleagues and contemporaries, allowing the students to “gather keen external perspective, inspiration, and advice.” Ryan’s nominator particularly benefited from contacts in Europe while on a fellowship there.

Ryan takes time to share his own background and experiences, and reinforces the aspirations of others. As an underrepresented person in the academy, his nominator has found Ryan to be one of the very few professors “who are not only interested in talking about issues of race and class, but devote an equal amount of time in their mentorship of students as they do in advancing their own research… He embodies all of the values that inspired me to return for my doctorate.” The academic journey of Ryan’s nominator is regularly punctuated by meaningful encounters with thinking partners that Ryan made possible: “I have gained new technical skills, an amazing network of urban problem-solvers and friends, and many wonderful personal and professional learning experiences,” the nominator writes; “ I have also gained a life-long mentor.”

Prof. Ryan’s research focuses on the aesthetics and policies of contemporary urban design, particularly in postindustrial cities and neighborhoods. His book Design After Decline: How America rebuilds shrinking cities, was selected by Planetizen as one of its ten best urban planning books of 2012. Since 1994, Ryan has practiced urban design and planning in New York City, Boston, and Chicago. Prior to joining MIT, he taught at the Harvard Graduate School of Design and the University of Illinois at Chicago, where he was also Co-Director of the City Design Center. Ryan holds a B.S. in biology from Yale University, a M. Arch. from Columbia University, and a Ph.D. in urban design and planning from MIT.