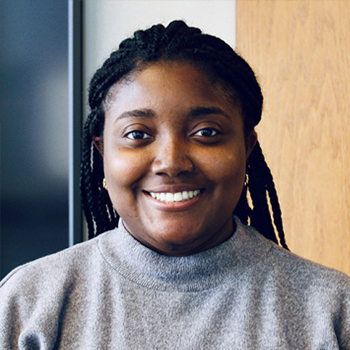 The art of turning big failures into little victories

When I TA’d for a quantitative methods class in college, I always kept this image of one of my first attempts at coding handy to show to struggling students. Besides providing some light comedic relief during stressful office hours, the image illustrated an important lesson: our biggest failures can be little victories in disguise.

Just a year prior to my TA job, I had enrolled in an introductory computer science class and had been tasked with creating a game in which the user takes turns drawing 1 or 2 “sticks” with the computer until the last stick is drawn. Clearly, my game didn’t ~exactly~ follow these rules, but not pictured is the sense of pure joy I felt upon seeing this broken mess. After hours and hours of fighting with errors and incorrect syntax, I had managed to code something that successfully ran! At face value, and despite my best efforts, I failed—but I had failed a little less than before.

I wouldn’t have always allowed myself to see this mistake as a win, and I certainly wouldn’t have always felt confident enough to share a failure with near strangers. Like many graduate students, I have had a long and tumultuous relationship with perfectionism. My first guitar teacher radically changed how I viewed perfection. After a few months, our lessons had fallen into a familiar routine: I would hammer my way through a “prepared” piece, lament how poorly I sounded, and then defensively reassure him that I had devoted (a very exaggerated number of) hours to practicing. At this point, Tim would give me advice that he knew he’d given countless times before but that I needed to hear: “Practice does not make perfect. Practice prevents pauses.”

You can spend countless hours obsessing over the same few bars of music, only to end up slipping up on the big performance day. It happens. We each carry stories of when practice didn’t translate into perfect. Although these mishaps can be embarrassing or, for the unreformed overachievers, soul-destroying; however, fretting about a mistake misses the true point of practice. We practice to get better, not to be perfect.

Before going into a performance or giving a presentation, it’s very likely that no-one in the audience knows the piece as well as you do. This knowledge has given me the freedom to not fret about a slip-up here or there, but instead to just enjoy it. Will Ferrell has a similar message for USC’s 2017 graduating class during his Commencement speech: “Enjoy the process of your search without succumbing to the pressure of results.” If we act to please some invisible critic in the crowd or only judge our worth by our ability to accomplish Herculean feats, we’re setting ourselves up to fail. It’s the art of trying and the joy of slowly improving that really matters.

The fear of doing something the wrong way can stop us from trying altogether. It shouldn’t. Sometimes we need to have the computer pick up 1.3 sticks or strum the wrong chord to figure out how to do it better the next time around. Instead of fretting about the imperfect mess we made, it can be more productive to see our failures as stepping stones to a future success (or even just a future smaller failure). If we keep practicing and embrace imperfection, our biggest failures can be little victories.