Toward compassion and equity 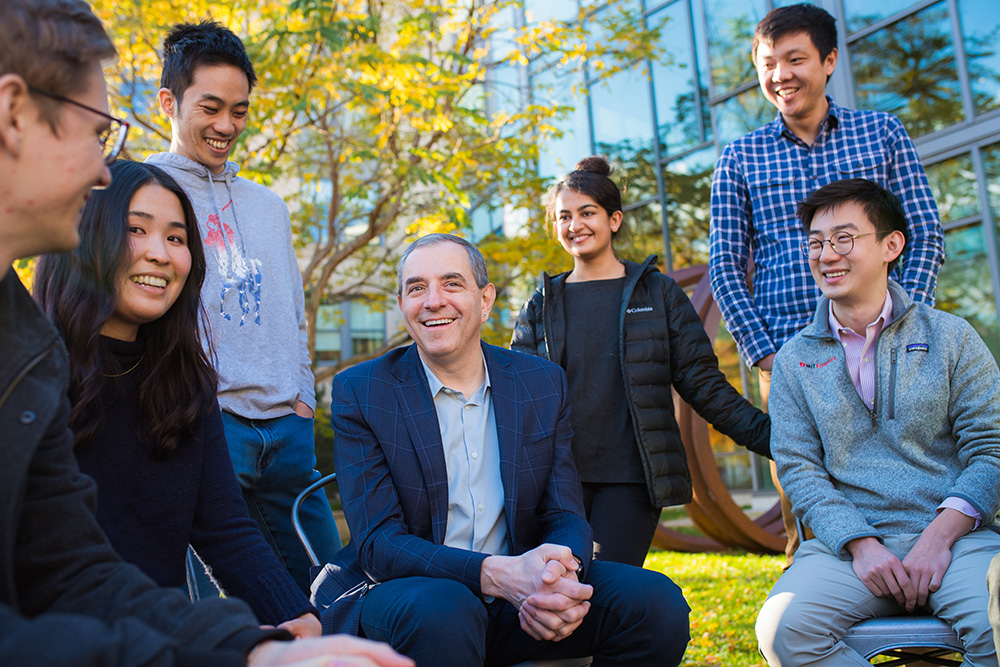 Ice hockey may not be the first hobby that jumps to mind when it comes to economists, but MIT professor of economics David Autor has proudly captained his department’s intramural hockey team for several years. Autor readily admits that the team he leads is downright terrible (and that he brings down the average!), but that’s part of the charm — anyone can join and have fun getting to know the other members of their department.

Autor is the Ford Professor of Economics within the Department of Economics at MIT and holds affiliations with the Abdul Latif Jameel Poverty Action Lab, the Institute for the Study of Labor, and the National Bureau of Economic Research. His research is centered on assessing the impacts of globalization and technological change on labor markets, including the impacts on skill demands and earning inequality. He was recently honored as Committed to Caring, an MIT recognition of faculty members who go above and beyond in their mentorship of graduate students.

Advocating for students and diversity initiatives

Just as he encourages students out on the ice, Autor has been an outspoken advocate for student rights and the importance of diversity, equity, and inclusion initiatives within the Department of Economics, all leading to his recognition as Committed to Caring.

His nominators wrote at length about the various ways in which Autor has supported these two important issues. One nominator wrote that Autor “has been an advocate and champion for all of his advisees and for the cause of making our department a kinder, more compassionate, and more equitable place.”

His support for these issues isn’t passive; rather, Autor has become both a leader and an active participant within the Department of Economics’ various efforts on these issues.

Autor sits on the department’s Antiracism Committee, and one student wrote that “he has gone above and beyond to urge our department to reckon with the historical legacy of racism in the economy and our profession.” In addition, Autor helped design and implement a new graduate economics course focused on racism and racial disparities.

Although Autor is passionate about the efforts he leads within the Department of Economics, he also makes sure to hear feedback and opinions from other stakeholders, including the students themselves. As one nominator wrote, “David cares deeply about getting it right, acknowledges mistakes if they do occur, and is appreciative of feedback from me and other students.”

As he oversees his students’ progress through graduate school, Autor strives to mentor them in ways that set them up for success. One clear tenet of Autor’s approach is treating his students as peers, not as subordinates.

Autor sees himself as somebody who can complement graduate students and help them achieve all they can be; as Autor writes, “I’m happiest when I see students powering through the challenges to realize the potential of great ideas. They always have [great ideas], and I’m there to help them realize that potential.” Autor’s students echoed his supportive ways, highlighting in their nomination letters how often they turned to Autor for “advice, reassurance, and support.”

Autor also emphasizes honesty and humility when mentoring his graduate students. In a field as broad and varied as economics, even Autor admits that he often does not possess all of the specific knowledge that he needs to effectively guide his students.

When this happens, Autor says that he refers his students to the literature, and to knowledgeable faculty members both within and outside of the economics department, in order to help “fill in the puzzle pieces that are missing.” In this way, Autor hopes to ensure that the students receive the input, expertise, and inspiration they need to be successful.

Autor goes on further to describe how he likes to conduct himself with his students, writing that “graduate students deserve respect, they need encouragement, they appreciate humor and camaraderie, and they benefit from high expectations.”

Sometimes, that may be an additional dose of encouragement. Other times, it might be an invitation to join the department’s intramural hockey team. Regardless of the method, it is clear that Autor prides himself on lifting up his students so they can achieve their academic and career goals.