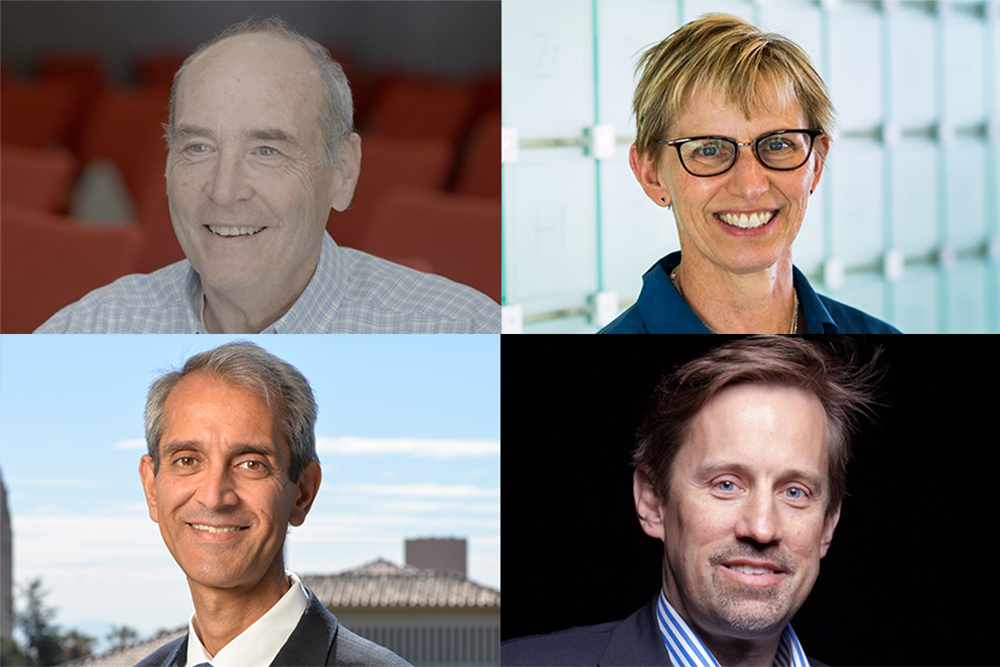 Professors Mark Bear and Laura Kiessling ’83, along with Krishna Shenoy SM ’92, PhD ’95, David Tuveson ’87, and Martin Burke are among the newly elected members.

On October 17, the National Academy of Medicine announced the election of 100 new members to join their esteemed ranks. MIT faculty members Laura L. Kiessling ’83 and Mark Bear were among the new members, along with MIT alumni Krishna Shenoy SM ’92, PhD ’95 and David Tuveson ’87. Martin Burke, a former student in the Harvard-MIT Program in Health Sciences and Technology, was also elected.

Election to the National Academy of Medicine is considered one of the highest honors in the fields of health and medicine, and recognizes individuals who have demonstrated outstanding professional achievement and commitment to service, the Academy noted in announcing the election of its new members.

Bear, Professor of Neuroscience, was elected “For his discovery of fundamental mechanisms by which sensory experience and deprivation modify synapses by increasing or decreasing their strength during the development of the brain, and how these mechanisms contribute to, and can be marshalled to treat, developmental brain disorders.”

Kiessling, the Novartis Professor of Chemistry, was recognized “For chemistry-enabled fundamental discoveries regarding protein-glycan interactions pertinent to immunity and inflammation, host-microbe interactions, and human development, and leveraging these findings for new therapeutic strategies.”

Shenoy, a Howard Hughes Medical Institute Investigator and the Hong Seh and Vivian W M Lim Professor of Engineering at Stanford, earned his Master’s and PhD from the MIT Department of Electrical Engineering and Computer Science. He was chosen for election due to his “contributions both to basic neuroscience and to translational and clinical research. His work has shown how networks of motor cortical neurons operate as dynamical systems, and he has developed new technologies to provide new means of restoring movement and communication to people with paralysis.”

Tuveson, the Roy J. Zuckerberg Professor and director of the Cold Spring Harbor Laboratory Cancer Center, is an alumnus of the MIT Department of Chemistry. The NAM recognized him “for his transformative leadership in pancreatic cancer biology. His work has led to the development of powerful pancreatic cancer models, which has been fundamental to preclinical studies of understanding targeted therapy and treatment of pancreatic cancer. He most recently has been a leader in organoid-based cancer models.”

Burke, the Ving Lee Professor for Chemical Innovation at the University of Illinois at Urbana-Champaign’s Carle Illinois College of Medicine, was elected “for creating a modular molecular synthesis platform with broad applications in health science and technology, including his pioneering research on molecular prosthetics for cystic fibrosis, and for helping mitigate the spread of COVID-19 with saliva-based testing.”

“This extraordinary class of new members is comprised of exceptional scholars and leaders who have been at the forefront of responding to serious public health challenges, combatting social inequities, and achieving innovative discoveries,” says National Academy of Medicine President Victor J. Dzau. “Their expertise will be vital to informing the future of health and medicine for the benefit of us all.  I am truly honored to welcome these esteemed individuals to the National Academy of Medicine.”