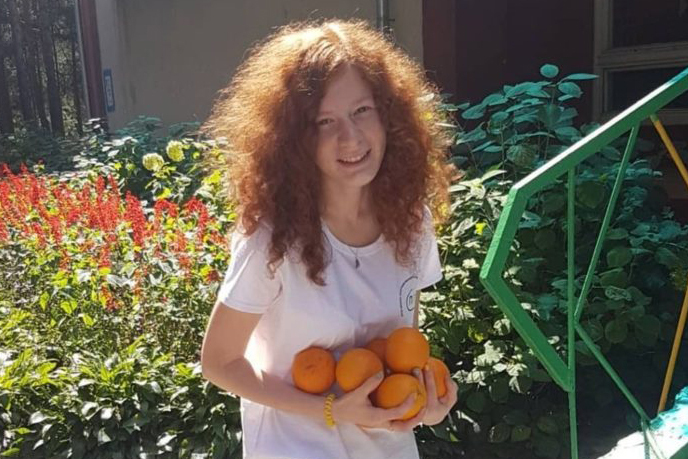 Millions have fled the Russian invasion of Ukraine, and for those who are staying, schools are closed. While refugee-supporting programs focus on immediate needs, the Department of Mathematics’ MIT PRIMES program plans to use its resources to support the mathematics education of Ukrainian high school students.

In honor of Yulia Zdanovska, a 21-year-old Ukrainian mathematician killed by a Russian-fired missile in her home city of Kharkiv, PRIMES has launched “Yulia’s Dream,” a free math enrichment and research program for Ukrainian high school students and refugees in grades 9 to 11.

“The refugees are mostly women and children, including schoolchildren, whose education has been severely disrupted, as they must adapt to a new language and an unfamiliar environment,” says Slava Gerovitch, PRIMES’ director and a mathematics lecturer.

In just four days after the application site was launched, more than 40 Ukrainian students located in Ukraine and in other countries sent inquiries about the program. The deadline to apply is April 12. Part of the application includes providing solutions to the 2022 entrance problem set.

“In their inquiries, some students thank MIT for organizing this program,” says Gerovitch. “One potential applicant writes, as translated from Russian, ‘I saw MIT’s program Yulia’s Dream in support of Ukrainians, and first of all I wish to express my gratitude to those who show a caring attitude at such difficult times.’”

Numerous Department of Mathematics graduate students and MIT math majors have already expressed an interest in working as mentors for the program. The goal is to enroll up to 30 students in the program who will meet online in small groups to study advanced math topics or will work on math research projects under the guidance of academic mentors, with instruction available in Ukrainian, English, and Russian. Weekly meetings will begin by the end of April, and will continue through the fall, with a possible extension through spring 2023. Starting this as a pilot program seed-funded by an anonymous donor, the department hopes to raise funds to make it a regular annual program.

Yulia’s Dream is dedicated to the memory of Zdanovska, a graduate of the National University of Kyiv, a silver medalist at the 2017 European Girls’ Mathematical Olympiad, and an instructor for the “Teach for Ukraine.” According to a report by the International Mathematical Union Committee for Women in Mathematics, she remained in Ukraine when the war broke out, and was working as a volunteer in a residential area of Kharkiv when she died in a fire caused by a Russian missile.

“I saw reports of her tragic death, and she immediately reminded me of our typical PRIMES students — passionate about math, successful in competitions, choosing a math major in college, and willing to teach others,” says Gerovitch. “I felt an emotional connection, and I think others feel it too.”

He and mathematics professor Pavel Etingof, the chief research advisor of PRIMES, were moved to honor her with their PRIMES program.

“I was born in Moscow, but both of my parents come from the Vinnytsa region in West-Central Ukraine,” says Gerovitch. “I have often visited Ukraine, and I love that wonderful country. The horrible, totally unprovoked aggression of the Russian government against the people of Ukraine and the terrible destruction and loss of human life upset me deeply. Pavel felt the same way, and he was born in Ukraine, so his connection is even deeper. We thought of ways we could use our skills and resources to help the most vulnerable part of the population who are suffering from this war — children. Since MIT has a significant number of Ukrainian- and Russian-speaking students, we thought we could use their knowledge to help talented Ukrainian students whose education was violently interrupted by the war to pursue their dreams — something that Yulia Zdanovska was deprived of.”

In a recent interview for WBUR, Etingof talked about the longer-range goal of Yulia’s Dream. “After the war, Ukraine needs to be rebuilt, and we want it to become an advanced European country. This requires a lot of young people who know math, who are good with science, especially researchers, and we want to help build that pipeline.”

Gerovitch PhD ’99 and Etingof, who both received degrees from the Oil and Gas Institute in Moscow, launched MIT PRIMES in 2010 as a free outreach program for high school students, with a focus on increasing the representation of women and underserved populations in mathematics research.

The working groups at Yulia’s Dream will operate similarly to MIT’s PRIMES-USA program, the online-only section of PRIMES. PRIMES also runs CrowdMath, a joint initiative with the Art of Problem Solving, a massive online collaborative year-long research project open to all high schoolers around the world, but only conducted in English. In contrast, Yulia’s Dream will offer online-based math instruction in small groups, and in the native languages of Ukrainian students.

Yulia’s Dream is coordinated by Dmytro Matvieievskyi, a math graduate student at Northeastern University who graduated from School #27 of Kharkiv, Ukraine, and is a recipient of the Bronze medal at the 2012 International Math Olympiad (IMO) as part of the Ukraine Team. He speaks Ukrainian and Russian, and has an extensive network of contacts in the mathematical competition community of Ukraine.

To help with promotion and recruiting top students for the program, PRIMES has support from many of Ukraine’s top math teachers and math competitions and camps organizers in Ukraine, including leaders of the Ukraine IMO Team.

“I’m glad we can contribute a little bit to the worldwide effort to help Ukrainian people,” says Gerovitch. “I hope that the students we will teach will help rebuild Ukraine and make it a thriving, free, friendly nation.”