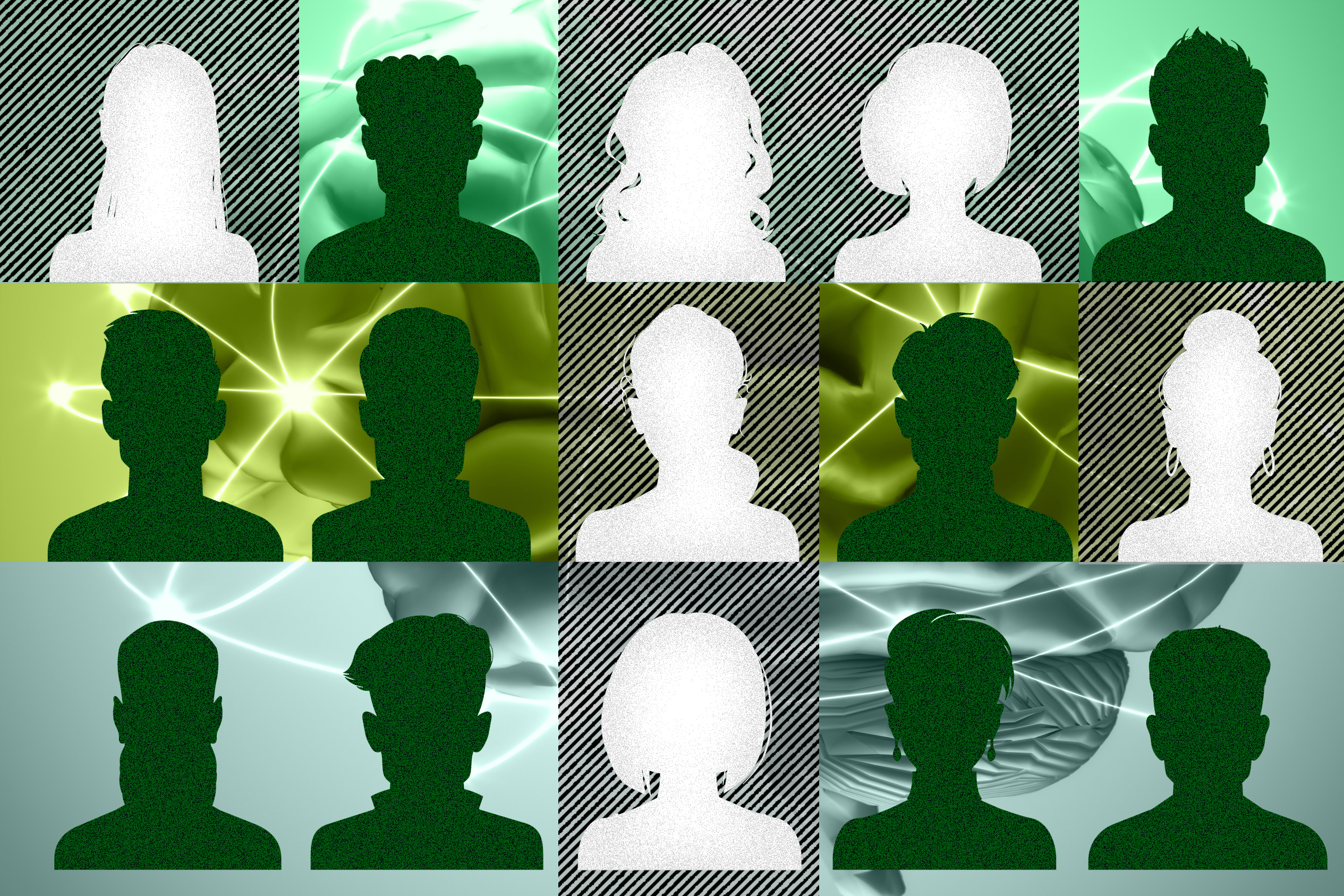 A commonly used screening test creates a gender gap that may hinder diagnosis and treatment for women and girls.

In recent years, researchers who study autism have made an effort to include more women and girls in their studies. However, despite these efforts, most studies of autism consistently enroll small numbers of female subjects or exclude them altogether, according to a new study from MIT.

The researchers found that a screening test commonly used to determine eligibility for studies of autism consistently winnows out a much higher percentage of women than men, creating a “leaky pipeline” that results in severe underrepresentation of women in studies of autism.

This lack of representation makes it more difficult to develop useful interventions or provide accurate diagnoses for girls and women, the researchers say.

“I think the findings favor having a more inclusive approach and widening the lens to end up being less biased in terms of who participates in research,” says John Gabrieli, the Grover Hermann Professor of Health Sciences and Technology and a professor of brain and cognitive sciences at MIT. “The more we understand autism in men and women and nonbinary individuals, the better services and more accurate diagnoses we can provide.”

Gabrieli, who is also a member of MIT’s McGovern Institute for Brain Research, is the senior author of the study, which appears in the journal Autism Research. Anila D’Mello, a former MIT postdoc who is now an assistant professor at the University of Texas Southwestern, is the lead author of the paper. MIT Technical Associate Isabelle Frosch, Research Coordinator Cindy Li, and Research Specialist Annie Cardinaux are also authors of the paper.

Autism spectrum disorders are diagnosed based on observation of traits such as repetitive behaviors and difficulty with language and social interaction. Doctors may use a variety of screening tests to help them make a diagnosis, but these screens are not required.

For research studies of autism, it is routine to use a screening test called the Autism Diagnostic Observation Schedule (ADOS) to determine eligibility for the study. This test, which assesses social interaction, communication, play, and repetitive behaviors, provides a quantitative score in each category, and only participants who reach certain scores qualify for inclusion in studies.

While doing a study exploring how quickly the brains of autistic adults adapt to novel events in the environment, scientists in Gabrieli’s lab began to notice that the ADOS appeared to have unequal effects on male and female participation in research. As the study progressed, D’Mello noticed some significant brain differences between the male and female subjects in the study.

To investigate these differences further, D’Mello tried to find more female participants using an MIT database of autistic adults who have expressed interest in participating in research studies. However, when she sorted through the subjects, she found that only about half of the women in the database had met the ADOS cutoff scores typically required for inclusion in autism studies, compared to 80 percent of the males.

“We realized then that there’s a discrepancy and that the ADOS is essentially screening out who eventually participated in research,” D’Mello says. “We were really surprised at how many males we retained and how many females we lost to the ADOS.”

To see if this phenomenon was more widespread, the researchers looked at six publicly available datasets, which include more than 40,000 adults who have been diagnosed as autistic. For some of these datasets, participants were screened with ADOS to determine their eligibility to participate in studies, while for others, a “community diagnosis” — diagnosis from a doctor or other health care provider — was sufficient.

The researchers found that in datasets that required ADOS screening for eligibility, the ratio of male to female participants ended up being around 8:1, while in those that required only a community diagnosis the ratios ranged from about 2:1 to 1:1.

Previous studies have found differences between behavioral patterns in autistic men and women, but the ADOS test was originally developed using a largely male sample, which may explain why it often excludes women from research studies, D’Mello says.

“There were few females in the sample that was used to create this assessment, so it might be that it’s not great at picking up the female phenotype, which may differ in certain ways — primarily in domains like social communication,” she says.

Failure to include more women and girls in studies of autism may contribute to shortcomings in the definitions of the disorder, the researchers say.

“The way we think about it is that the field evolved perhaps an implicit bias in how autism is defined, and it was driven disproportionately by analysis of males, and recruitment of males, and so on,” Gabrieli says. “So, the definition doesn’t fit as well, on average, with the different expression of autism that seems to be more common in females.”

This implicit bias has led to documented difficulties in receiving a diagnosis for girls and women, even when their symptoms are the same as those presented by autistic boys and men.

“Many females might be missed altogether in terms of diagnoses, and then our study shows that in the research setting, what is already a small pool gets whittled down at a much larger rate than that of males,” D’Mello says.

Excluding girls and women from this kind of research study can lead to treatments that don’t work as well for them, and it contributes to the perception that autism doesn’t affect women as much as men.

“The goal is that research should directly inform treatment, therapies, and public perception,” D’Mello says. “If the research is saying that there aren’t females with autism, or that the brain basis of autism only looks like the patterns established in males, then you’re not really helping females as much as you could be, and you’re not really getting at the truth of what the disorder might be.”

The researchers now plan to further explore some of the gender and sex-based differences that appear in autism, and how they arise. They also plan to expand the gender categories that they include. In the current study, the surveys that each participant filled out asked them to choose male or female, but the researchers have updated their questionnaire to include nonbinary and transgender options.

The research was funded by the Hock E. Tan and K. Lisa Yang Center for Autism Research, the Simons Center for the Social Brain at MIT, and the National Institutes of Mental Health.