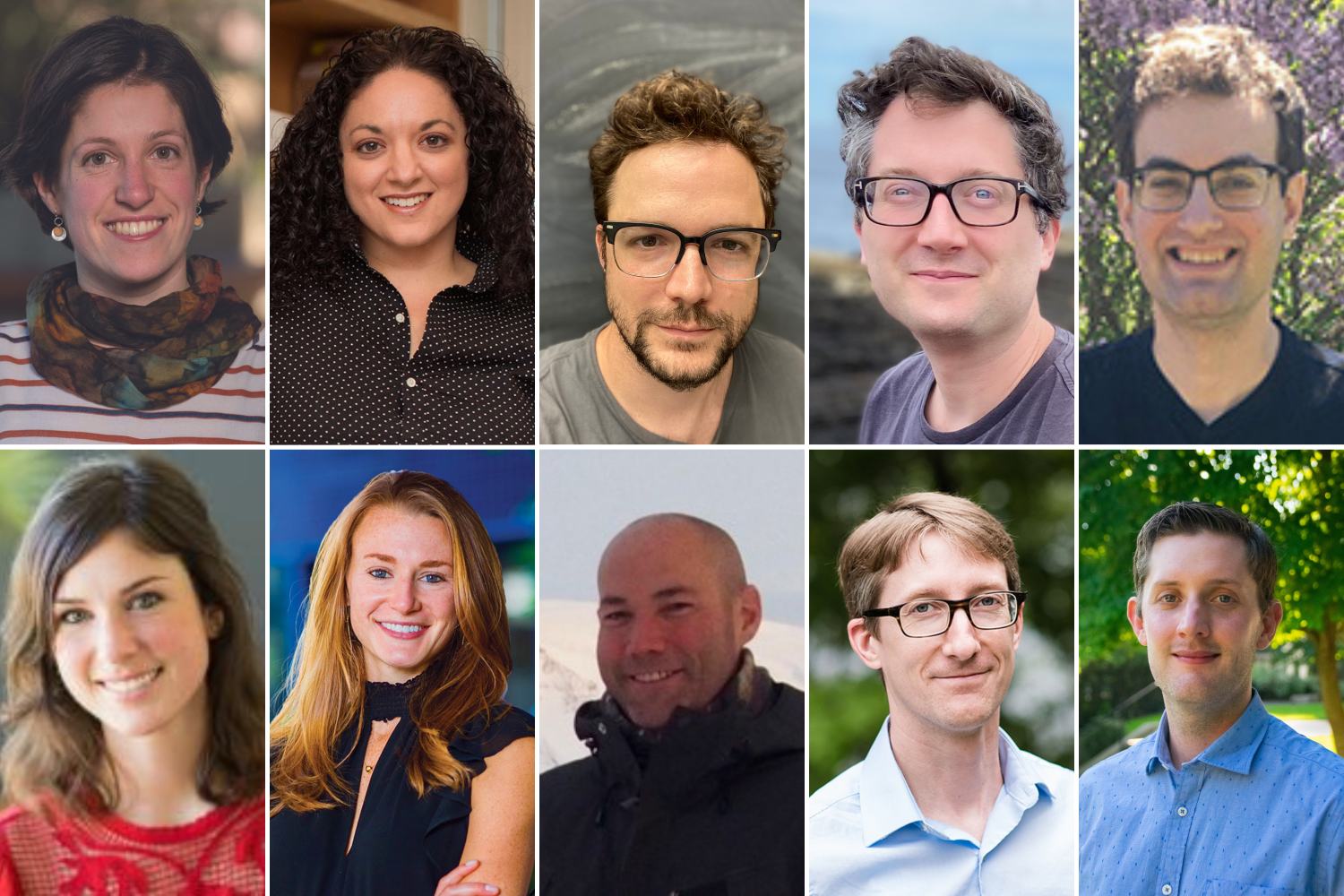 Those selected for these positions receive additional support to pursue their research and develop their careers.

The School of Science has announced that 10 of its faculty members have been appointed to named professorships. The faculty members selected for these positions receive additional support to pursue their research and develop their careers.

Camilla Cattania has been named a Cecil and Ida Green Career Development Professor in the Department of Earth, Atmospheric and Planetary Sciences. Her research uses theoretical and computational methods to better understand how faults slip during and between earthquakes, with a focus on explaining statistical patterns of seismicity arising from the underlying small scale physics. She has developed new models of aftershock triggering, as well as estimates of earthquake recurrence and predictability. Recently she has focused on the complexity in the geometry of faults and its relation to foreshock sequences, which in the long term might help to improve earthquake forecasting.

Olivia Corradin, assistant professor in the Department of Biology and a core member of the Whitehead Institute for Biomedical Research, has been named a Class of 1922 Career Development Professor. Corradin focuses on non-coding DNA variants — changes in DNA sequence that can alter the regulation of gene expression — to gain insight into pathogenesis. With her novel outside-variant approach, Corradin’s lab singled out a type of brain cell involved in multiple sclerosis, increasing total heritability identified by three- to five-fold. She also scrutinizes how genetic and epigenetic variation influence susceptibility to substance abuse disorders.

Tristan Collins is now the Class of 1948 Career Development Assistant Professor of Mathematics. He conducts research at the intersection of geometric analysis, partial differential equations, and algebraic geometry. In joint work with Valentino Tosatti, Collins described the singularity formation of the Ricci flow on Kahler manifolds in terms of algebraic data. In work with Gabor Szekelyhidi, he gave a necessary and sufficient algebraic condition for existence of Ricci-flat metrics, which play an important role in string theory and mathematical physics. This result lead to the discovery of infinitely many new Einstein metrics on the 5-dimensional sphere. With Shing-Tung Yau and Adam Jacob, Collins is currently studying the relationship between categorical stability conditions and existence of solutions to differential equations arising from mirror symmetry.

William Frank has been named a Victor P. Starr Career Development Professor in the Department of Earth, Atmospheric and Planetary Sciences. His research investigates the physical mechanisms that control deformation within the Earth’s crust. By examining fault instability within the Earth, from shallow stick-slip earthquakes to deeper steady creep, he hopes to improve estimates of earthquake hazards. Using a multidisciplinary approach, he combines seismological techniques with geodetic observations to learn more about the evolution of faulting processes in time and space, and how the Earth responds to tectonic, volcanic and anthropogenic forcings.

Jeremy Hahn, assistant professor in the Department of Mathematics, has been named the Rockwell International Career Development Professor. Hahn’s research is in in algebraic topology and homotopy theory with a particular emphasis on structured ring spectra. With collaborators, he has done work in equivariant chromatic homotopy theory, the classification of high dimensional manifolds, and the redshift conjectures in algebraic K-theory.

Erin Kara, assistant professor in the Department of Physics and member of the MIT Kavli Institute for Astrophysics and Space Research, has been named the Class of 1958 Career Development Professor. She is an observational astrophysicist, working to understand the physics behind how black holes grow and affect their environments. She also works to develop new and future space missions. She co-chairs the supermassive black hole working group of the XRISM Observatory, a joint JAXA / NASA X-ray spectroscopy mission to launch in 2023, and is the deputy principle investigator of the AXIS Probe Mission Concept.

Kristin Knouse has been named the Whitehead Career Development Professor. An assistant professor in the Department of Biology and the Koch Institute for Integrative Cancer Research, Knouse aims to understand how tissues sense and respond to damage, with the goal of developing new approaches for regenerative medicine. She focuses on the mammalian liver — which has the unique ability to completely regenerate itself — to ask how organisms react to organ injury, how certain cells retain the ability to grow and divide while others do not, and what genes regulate this process.

Brent Minchew, assistant professor in the Department of Earth, Atmospheric and Planetary Sciences, has been named the Class of 1948 Career Development Professor. Minchew is a geophysicist working to understand the interactions between climate, the cryosphere, and the solid Earth. He uses a combination of geodetic observations — primarily interferometric synthetic aperture radar — and physical models to study dynamical systems and their various responses to environmental forcing. The bulk of Minchew’s research focuses on the dynamics of extant glaciers, with an emphasis on the mechanics of glacier beds, ice-ocean interactions, and ice rheology.

Taylor Perron is now the Cecil and Ida Green Professor of Earth, Atmospheric and Planetary Sciences at MIT. Perron studies how landscapes form and evolve, both on Earth and on other planets. His approach combines theory and numerical modeling, field and remote sensing observations, analysis of data from planetary missions, and laboratory experiments. His group’s research is organized around three themes: explaining prominent landscape patterns such as branching river networks; using natural experiments to study how climate shapes landscapes; and examining planetary landforms to learn about the evolution of other worlds.

Richard Teague has been named a Kerr-McGee Career Development Professor in the Department of Earth, Atmospheric and Planetary Sciences. He is an observational astronomer studying planetary formation through initial conditions and protoplanetary disks, as well as early planetary life and the formation of their atmospheres. He uses observations from telescopes such as the European Southern Observatory’s Very Large Telescope (VLT) and the Atacama Large (sub-)Millimeter Array (ALMA) to detect and characterize planets during their formation, inventory the materials being used to build planetary systems, and map the physical and chemical structures needed for formation.