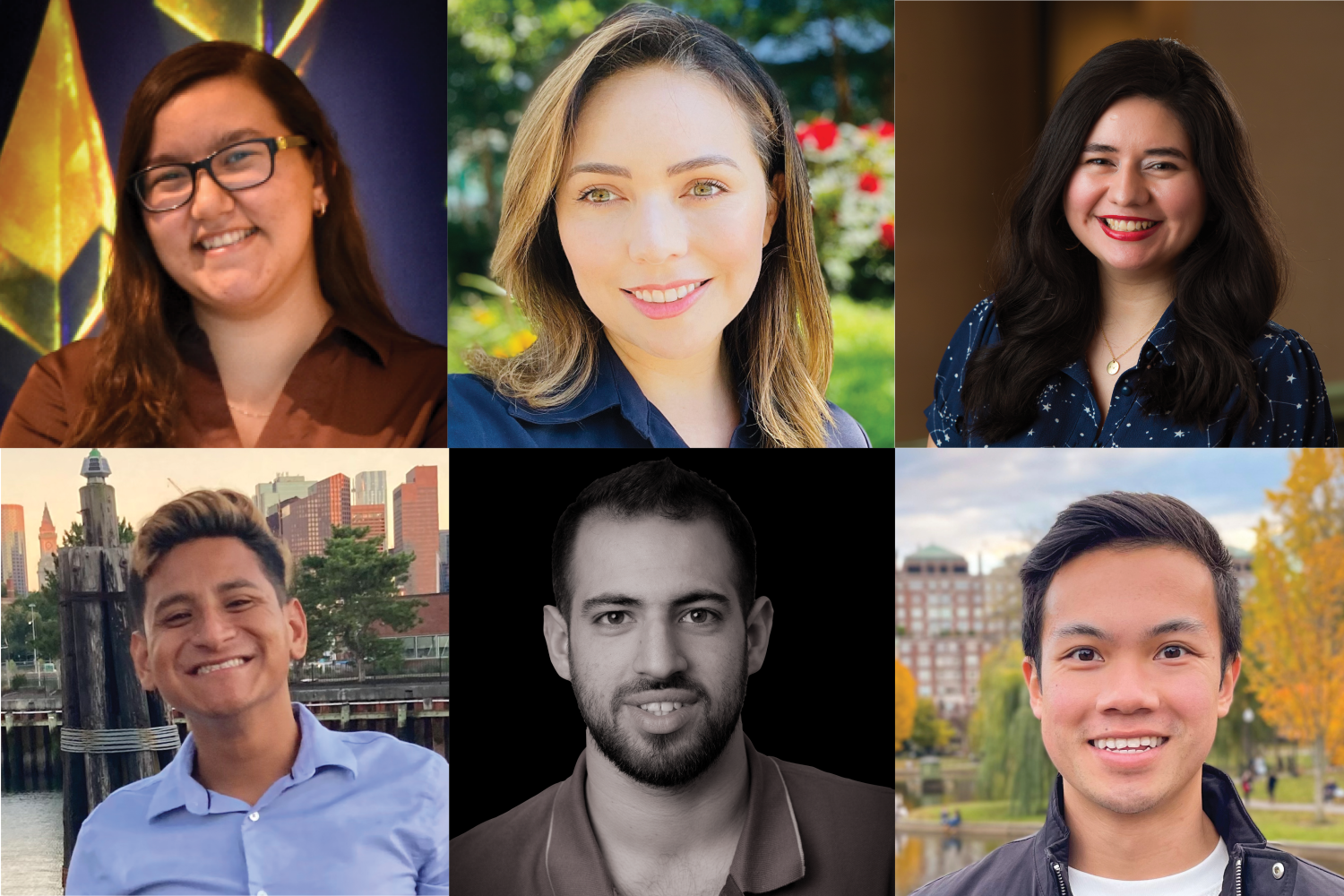 First-gen MIT graduate students are claiming their identity, forming community, and holding space for one another.

When Omar Tantawi was growing up in Lebanon, he had one association with the United States: It was somewhere far away. He had no idea that one day he would pursue a doctoral degree at MIT.

After high school, he learned about a scholarship for low-income students to the American University of Beirut, and college sparked his interest in North American graduate programs. However, without the knowledge and support to refine his materials, all of his initial applications were rejected.

“At the time, I was devastated and didn’t really know what to do next,” he shares. The challenges intensified a feeling of imposter syndrome. “I always felt that I was less than others, because others came from resourceful high schools; I had no match for their education.”

After several rejected job applications and a year as a research assistant at his undergraduate lab, Tantawi applied for a Fulbright scholarship to pursue a master’s degree in the United States. His community service, leadership, and publication record spoke for him, and he dove into his degree at Purdue University as a Fulbright scholar. When Tantawi applied to MIT, he had learned from each step of his journey, and honed a well-rounded application package that earned him a place as a PhD student in the Department of Civil and Environmental Engineering.

The reason he tells his story? “Being a first-generation college student who comes to MIT from my district, my area, my country, it puts a lot of responsibility on me,” Tantawi says. “There are so many people like me, better than me, who were left behind because they were not encouraged to ask a question, to find help.”

Though not typical, Tantawi is not unique in his background or his drive. Other first-generation students and professionals vividly recall the challenges on their road to higher education. Adj Marshall, graduate families administrator at the MIT Office of Graduate Education, remembers her own graduate school experience at Brown University: “I have this very distinct memory of hearing the terminology and language that my classmates were using, and feeling this deep sense of imposter syndrome — and really feeling like I didn’t belong or that I wasn’t academically ready.”

Spurred by these feelings, Marshall reached out to other first-gen students to discuss their experiences. What began with a focus group at Brown in 2012 grew into a summit with 40 attendees, then into an annual event bringing together hundreds of students and allies, hosted at a new institution each year. The First Gen Summit was created as a place for first-generation students — both undergraduate and graduate — to collectively design new ways of viewing the first-gen label.

Traditionally, the first-gen identity has been viewed from a “deficit lens,” focusing on what a student lacks, rather than what a student has to offer. Through the summit, students have the opportunity to reframe the label for themselves, imbuing it with the strengths and cultural wealth they bring to their institutions. The summit introduces students and advocates to an extensive inter-campus community, providing opportunities for identity-building, advocacy, professional development, and making connections.

“When I started the summit, I didn’t think it was going to still be alive 10 years later,” Marshall says. “It’s really a testament to the need for supporting first-gens that this event has continued to resonate with people and that the summit has only grown.”

This year, MIT hosted the 10th anniversary summit. It became a rallying point for the Institute’s nascent first-gen community of graduate students, bringing them together as organizers, presenters, and participants. For these graduate students, mentorship and a thirst for connection spurred involvement.

When Diana Grass, a first-year PhD student in the Harvard-MIT Program in Health Sciences and Technology (HST), was growing up, the idea of going to college was never a part of her life. Now, she feels the responsibility as one of the few women in the world to earn admission into science PhD programs, and wants to teach other girls from nontraditional backgrounds that, yes, it’s possible.

“I didn’t have role models in science as a child, so I feel I can be a role model for them,” Grass says with a smile. “It was really fulfilling to know that I got to the point where I can give back to my community, to empower the next generation of first-generation women.”

As someone whose parents didn’t attend college, Richard Van, a second-year PhD student in the Department of Biology, recognizes how his upbringing looked different from many of his peers. He attended the summit to connect with and support students who shared his background. “From childhood, most first-gen students do not develop the same cultural and social capital, and the associated professional or social skills, that lead to the success of non-first-gen students in post-secondary education,” he says. “My parents did not attend school, so navigating the education system had always been a challenge for me.”

For Van and others like him, connecting with other first-gen students provided an opportunity for renewed inspiration. He explains, “I heard what people were doing or what struggles they’ve been through, and it was inspiring to learn from them. It makes me feel like I can achieve something, too.”

As students form those connections, the cross-pollination of ideas across departments and campuses inspired them to build on existing advocacy and create new opportunities. “The students are excited to have found peers to work with, they’re ready to take action, and we’re starting to see that here at MIT,” Marshall observes. “The first-gen community is committed to lifting up not only themselves, but those that will come after them, and that is what I find most exciting.”

Bianca Lepe, a fifth-year PhD student in biological engineering and a first-generation student, sees a direct connection between MIT’s commitment to belonging, achievement, and composition, and the Institute’s continued prominence in higher education. “I’m really excited because we’re at this new nexus point at MIT,” says Lepe, who was a member of the committee that created MIT’s strategic action plan. “By recognizing and supporting diverse groups through our institutional systems, we can go a long way at MIT to remain the best research institution, to do the best science, and to do the most good in the world. We can achieve this vision by enabling different people to thrive in our community, including first-gen students.”

As the graduate community of first-gen students coalesces, a multifaceted vision for the future is emerging. As a first step, first-gen students need a way to identify each other. Some would like to be able to opt-in to a centrally held list, enabling students to reach the broad group of MIT first-gen graduate students and eventually connect with first-gen alumni.

This desire leads to the second step: a robust central resource for first-gen graduate students. The wish list articulated by Lepe includes staff support, campus space, and financial support for programming. Tantawi envisions that MIT could also become an example to other institutions. “As much as we lead the way through research, we should lead the way in these other important initiatives,” he says. For example, MIT might provide open-access materials about navigating college and graduate school in multiple languages for global use.

Finally, these students simply want to stay connected. Kimberly Bennett, a second-year PhD student in HST, built an initial network through the summit and is motivated to foster these connections. With HST peers, she has applied for funding to develop an official MIT first-gen graduate student group to combat the common feelings of isolation. “That was what got me involved in the summit,” she recalls. “‘Where are my other first-gens? Let’s build that community.’”

Surrounding these tangible impacts, the students imagine a future where their community recognizes how it is uniquely equipped to tackle challenges and support others. Anthony Meza, PhD candidate at the MIT-Woods Hole Oceanographic Institution Joint Program, looks forward to a time when students see the strength in their nontraditional routes to higher education.