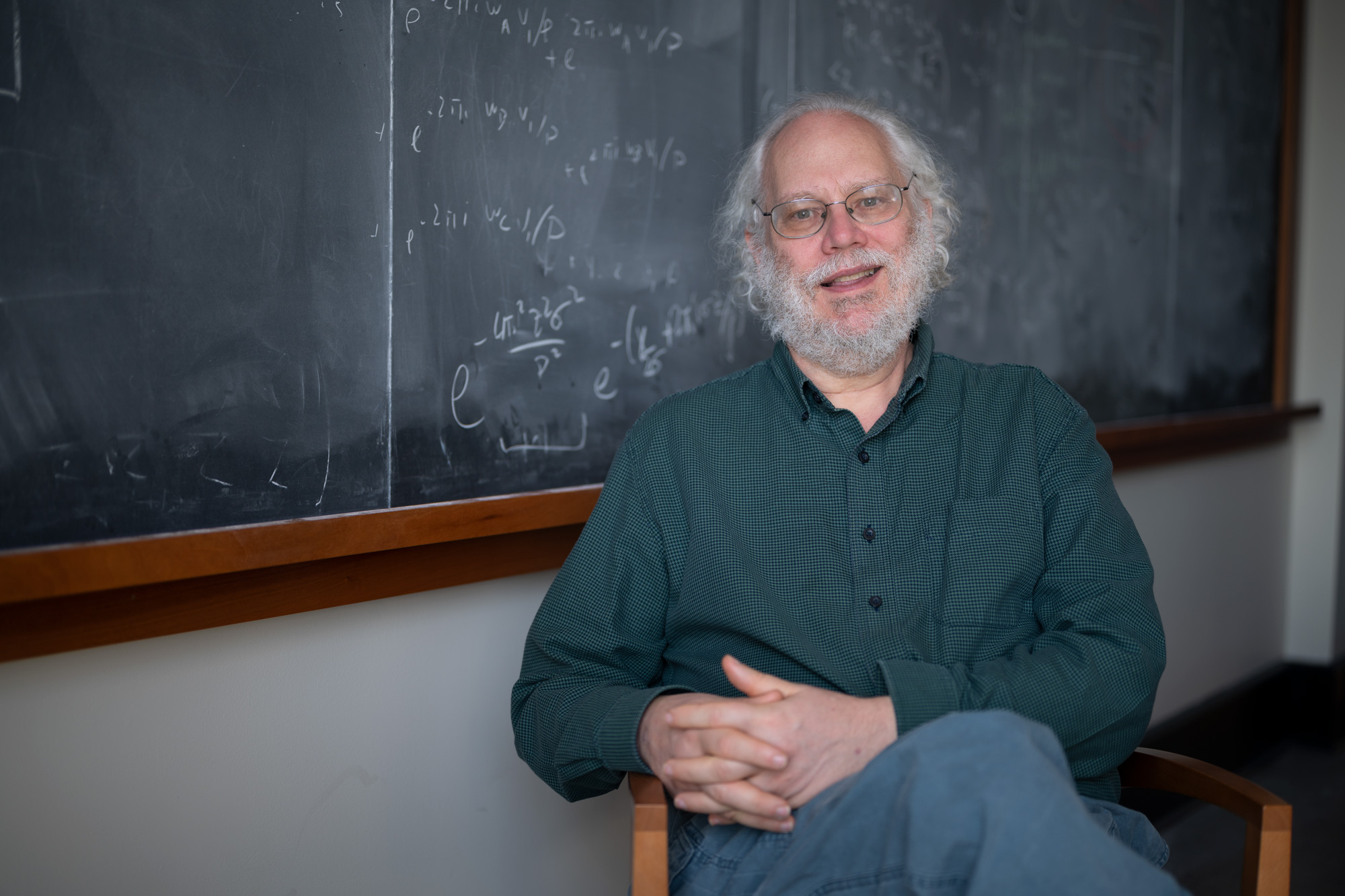 The MIT professor is honored for extraordinary accomplishments in mathematics, computer science, and quantum physics.

Renowned mathematician and quantum computing pioneer Peter W. Shor PhD ’85 has been named the recipient of MIT’s 2022-2023 James R. Killian Jr. Faculty Achievement Award, the highest honor the Institute faculty can bestow upon one of its members each academic year.

The Killian Award citation credits Shor, who is the Morss Professor of Applied Mathematics, with having made “seminal contributions that have forever shaped the foundations of quantum computing. Indeed, quantum computing exists today, in practice, because of Peter Shor.”

“Moreover,” the citation continues, “Professor Shor’s work demonstrates that quantum computers have the potential to open up new avenues of human thought and endeavor.” The award was announced at today’s faculty meeting.

“Peter Shor’s work on quantum computing not only demonstrated that quantum computers as imagined by Richard Feynman could efficiently solve problems that classical computers couldn’t, but also that the whole error-correcting code approach of Claude Shannon in the classical case had a quantum analogue,” says Michel Goemans, the RSA Professor and head of MIT’s Department of Mathematics. “Peter’s vision and technical mastery really transformed the field.”

Shor is best known for having derived the eponymous Shor’s algorithm, a groundbreaking work that proved that a system of quantum bits, or “qubits,” could theoretically solve some problems exponentially faster than the most powerful, bit-based classical computers.

The algorithm harnesses a fundamental property of quantum mechanics known as “superposition,” which makes it possible for a single particle to occupy two or more states simultaneously. Only when the particle is observed does it settle into a single state. Shor proved such particles could be assembled into a quantum computer, each qubit able to exhibit certain effects while in superposition, to solve some problems much faster than the fastest supercomputer.

Specifically, Shor showed that such a quantum system could carry out prime factorization of extremely large numbers — a problem that was thought to be unsolvable by state-of-the-art computers. The hardness of prime factorization is the typical assumption underlying modern security systems. Shor’s algorithm turned this assumption on its head, proving that such cryptosystems could in theory be cracked, once a large enough system of quantum bits could be built.

Shor derived his algorithm in 1994, at a time when quantum computing was largely considered a thought experiment. Realizing a practical quantum computer, many believed, was not realistic: Noise in the environment would scramble a quantum system’s delicate superposition states and cause numerous errors in calculations. While errors in a classical computer can be identified and fixed by measuring individual bits, the act of measuring a qubit in a quantum computer would effectively dissolve its quantum state, and its calculation. Scientists therefore believed that practical quantum computing was nearly impossible.

In recognition of his accomplishments, Shor has received numerous awards, including the MacArthur Fellowship, the Nevanlinna Prize (now the IMU Abacus Medal), the Dirac Medal, the King Faisal International Prize in Science, and the BBVA Foundation Frontiers of Knowledge Award. He is a member of the National Academy of Sciences and the National Academy of Engineering, and a fellow of the American Academy of Arts and Sciences. He is also a fellow of the American Mathematical Society and the Association for Computing Machinery.

Shor received his BS in mathematics in 1981 from Caltech. He earned a PhD in applied mathematics from MIT in 1985, where he was advised by Tom Leighton, professor of applied mathematics at MIT. He then spent one year as a postdoc at the Mathematical Sciences Research Institute before accepting a position at AT&T Bell Labs, where he developed Shor’s algorithm. In 2003, he returned to MIT.

“We are delighted to have this opportunity to honor Professor Peter Shor for his extraordinary contributions to science, as the ground-breaking founder of the disciplines of quantum computing and quantum information science,” the citation concludes. “He is an example of the best of MIT.”