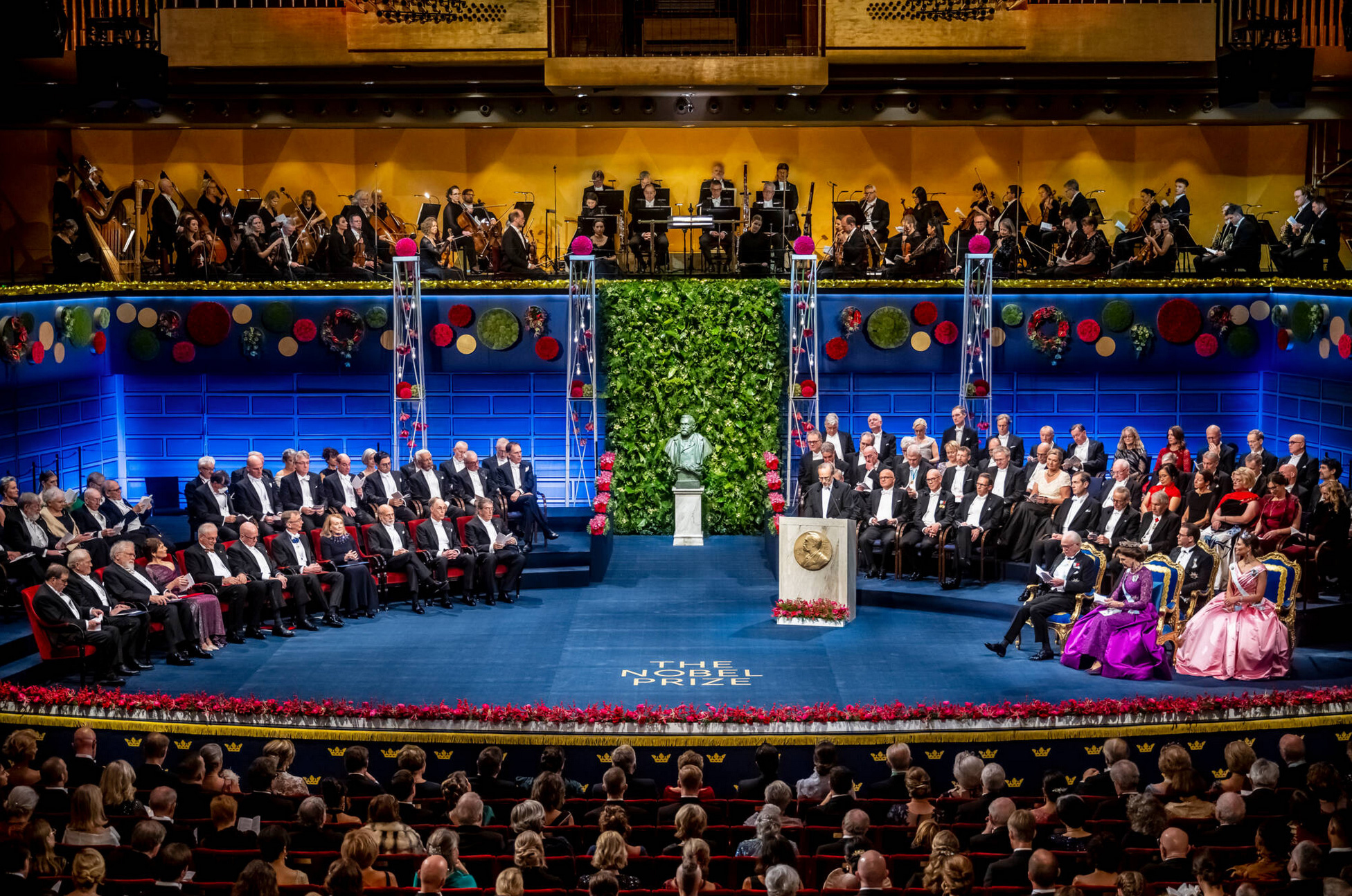 The 2022 honorees received their prizes, and the 2020 and 2021 winners were also honored at the first full ceremony since the start of the pandemic.

For the first time since the start of the Covid-19 pandemic, Nobel Prizes were awarded in a grand in-person ceremony in Stockholm, Sweden. Among those honored on Saturday were a number of laureates with ties to MIT — including this year’s winners as well as winners from 2020 and 2021, who were not able to experience the traditional Nobel celebration due to Covid-19 precautions.

New winners received their medals from King Carl XVI Gustaf of Sweden. They include Ben Bernanke PhD ’79, an economist who was awarded a share of the 2022 Sveriges Riksbank Prize in Economic Sciences in Memory of Alfred Nobel; as well as chemists K. Barry Sharpless, a former MIT professor, and Carolyn Bertozzi, daughter of Professor Emeritus William Bertozzi and the first woman to win the Lemelson-MIT Prize. Both Sharpless and Bertozzi won a share of the 2022 Nobel Prize in Chemistry, “for the development of click chemistry and bioorthogonal chemistry.”

Earlier honorees received their Nobel Prizes in smaller ceremonies in 2020 or 2021 and were invited to Sweden to participate in this year’s festivities.

From MIT, those included professor of economics Joshua Angrist, who shared the 2021 Sveriges Riksbank Prize in Economic Sciences in memory of Alfred Nobel; physiologist David Julius ’77, who won a share the 2021 Nobel Prize in Physiology or Medicine; and astrophysicist Andrea Ghez ’87, who was awarded the 2020 Nobel Prize in Physics.

Honorees and their invited guests took part in a number of activities in Stockholm during this year’s Nobel Week, which began with an official banquet and a tour of Nobel Week Lights around the city. Press conferences, speeches, and a visit to the Nobel Prize Museum followed, including a traditional signing of chairs by the laureates of 2022, 2021, and 2020. The celebrations culminated with the awarding of this year’s prizes on Saturday, the anniversary of the death of Alfred Nobel.

100 MIT affiliates — including faculty, staff, alumni, and others — have won Nobel Prizes, according to MIT Institutional Research.