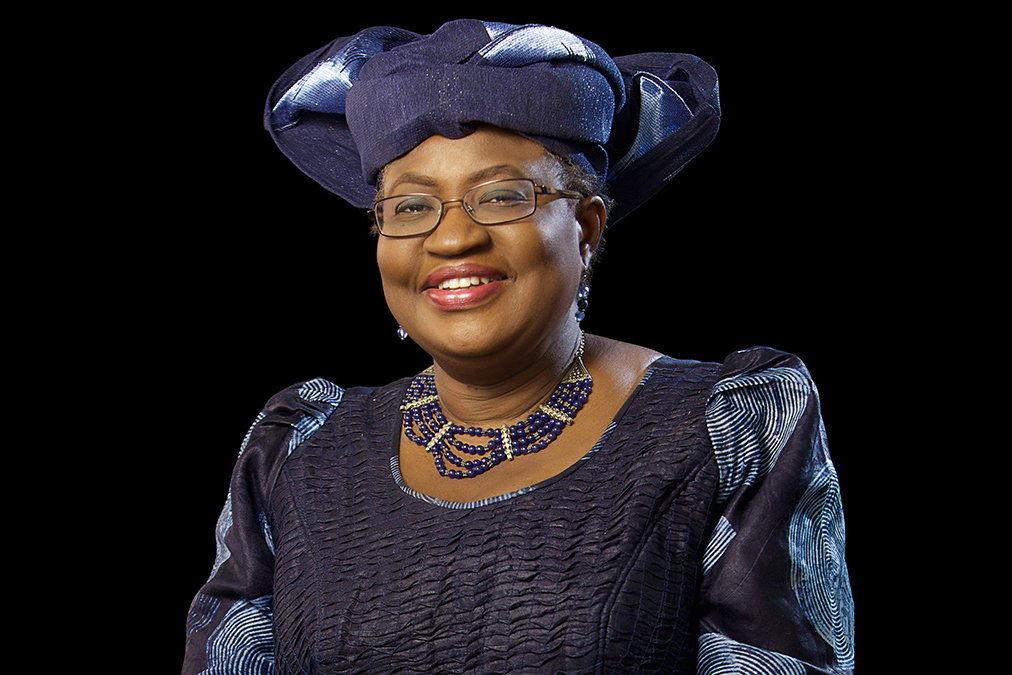 Director-General of the World Trade Organization and MIT alumna will address the Class of 2022 on May 27.

Ngozi Okonjo-Iweala MCP ’78, PhD ’81, director-general of the World Trade Organization (WTO) and former finance minister of Nigeria, will deliver the address at the OneMIT Commencement Ceremony on Friday, May 27.

An expert in global finance, economics, and international development, Okonjo-Iweala is the first woman and first African to lead the WTO. Known as a skilled negotiator and consensus builder, she has devoted her career to helping developing countries achieve robust economic growth and sustainable development.

Okonjo-Iweala twice served as Nigeria’s finance minister, from 2003 to 2006, and from 2011 to 2015, and briefly acted as foreign minister in 2006; she was the first woman to hold both positions. As finance minister, she helped steer her country through various reforms ranging from macroeconomic to trade, financial, and real sector issues.

“Students on our Commencement Committee were eager for us to seek someone with high moral character and a demonstrated commitment to societal impact,” says MIT President L. Rafael Reif. “At every step of her extraordinary career — whether addressing issues of poverty, hunger, vaccination, or trade — Ngozi Okonjo-Iweala has lived and breathed those values, lifting up those around her and reminding us of the essential role our alumni play in making a better world. We are honored to welcome her home to MIT as we prepare, at last, to gather in celebration of our graduates and their families.”

“Being honored as the 2022 Commencement speaker of my beloved alma mater, MIT, brings me great joy,” Okonjo-Iweala says. “From the warm and caring welcome of the International Students Office on my first day of graduate school in 1976, to my tough but equally caring doctoral dissertation committee that propelled me to graduation in 1981, my memories of my time at MIT are spectacularly positive. MIT has helped make me who I am today!”

A development economist for 25 years at the World Bank, Okonjo-Iweala served as managing director, with oversight responsibility for the World Bank’s operational portfolio in Africa, South Asia, Europe, and Central Asia. She spearheaded several World Bank initiatives to assist low-income countries during the 2008-2009 food crisis and later during the financial crisis. In 2010, she chaired the World Bank’s successful drive to raise $49.3 billion in grants and low-interest credit for the poorest countries in the world.

She joined the WTO as director-general in March 2021, and was recently appointed as African Union Special Envoy to mobilize international financial support for the fight against Covid-19 and as WHO Special Envoy for Access to COVID-19 Tools Accelerator.

“I am delighted that Ngozi Okonjo-Iweala has accepted the invitation to serve as our 2022 Commencement Speaker,” says James Poterba, the Mitsui Professor of Economics and the chair of the Commencement Committee. “Her career shows by example how the tools acquired in the halls of MIT can be deployed to improve the human condition. I am eager to hear the lessons she will distill from her rich and varied experiences in her message to our graduates.”

Okonjo-Iweala received a bachelor’s degree in economics from Harvard University in 1976 and a master’s degree in city planning from MIT in 1978. She earned a PhD in regional economics and development from MIT’s Department of Urban Studies and Planning in 1981.

In 2016, she addressed the candidates at the 2016 Doctoral Hooding Ceremony, offering a list of pressing global issues that will require a concerted public effort, now and in decades to come: sustaining economic growth, reducing economic inequality, limiting climate change, providing global access to water, tackling new health problems, and managing the global shift to a more urban-oriented society.

“They are real challenges,” Okonjo-Iweala told MIT’s doctoral graduates. However, she added, “Every challenge presents an opportunity.”

Okonjo-Iweala has written numerous articles and books, including: “Women and Leadership: Real Lives, Real Lessons,” co-authored with Julia Gillard; “Finding A Vaccine is Only the First Step”; “Fighting Corruption is Dangerous: The Story Behind the Headlines”; and “Reforming the UnReformable: Lessons from Nigeria,” and many others. She has been named Minister of the Decade, People’s Choice Award by Nigeria’s This Day newspaper, one of Transparency International’s 8 Female Anti-Corruption Fighters Who Inspire, one of the Fortune’s 50 Greatest World Leaders, and one of TIME’s Top 100 Most Influential People in the World, among other honors.

In 2020, she became an Angelopoulos Global Public Leader at Harvard University Kennedy School. She was also appointed to the Presidential Economic Advisory Council for President of South Africa His Excellency Cyril Ramaphosa. A member of the American Academy of Arts and Sciences, she has received numerous awards, including the Madeleine K. Albright Global Development Award from the Aspen Institute, the Women’s Economic Empowerment Award from WEConnect International, and the Vanguard Award from Howard University, to name a few.

“I am excited for Dr. Okonjo-Iweala to speak at commencement. It’s amazing how much she has accomplished, including being the first woman and African to lead the WTO,” says Temi Omitoogun, president of MIT’s Class of 2022. “In a time when we want to look toward a brighter future, after so many tough years, it will be nice to hear from someone who shows some of the heights that we can reach given the foundation of our MIT experience.”

“I am thrilled that we will have the opportunity to hear Dr. Okonjo-Iweala’s message and inspirational story,” says Danielle Geathers, president of the Undergraduate Association. “Her participation in one of the most significant days on the MIT calendar speaks to the importance of resilience and leveraging an MIT education to positively impact the world. As a groundbreaking pioneer of change, Okonjo-Iweala shines and serves as an ideal role model to all who prioritize gender parity and equitable policies.”

“Dr. Okonjo-Iweala is an incredible example of the positive impact our alumni have on the world today and serves as an inspiration for what we students can hope to someday achieve with our MIT educations,” says AJ Miller, president of the Graduate Student Council. “I’m very much looking forward to hearing her speak about her storied career, and how the lessons she learned here have guided her at the very highest levels of economic policymaking. I’m excited to welcome back an amazing graduate alum and can’t wait to learn from Dr. Okonjo-Iweala’s exemplary story.”