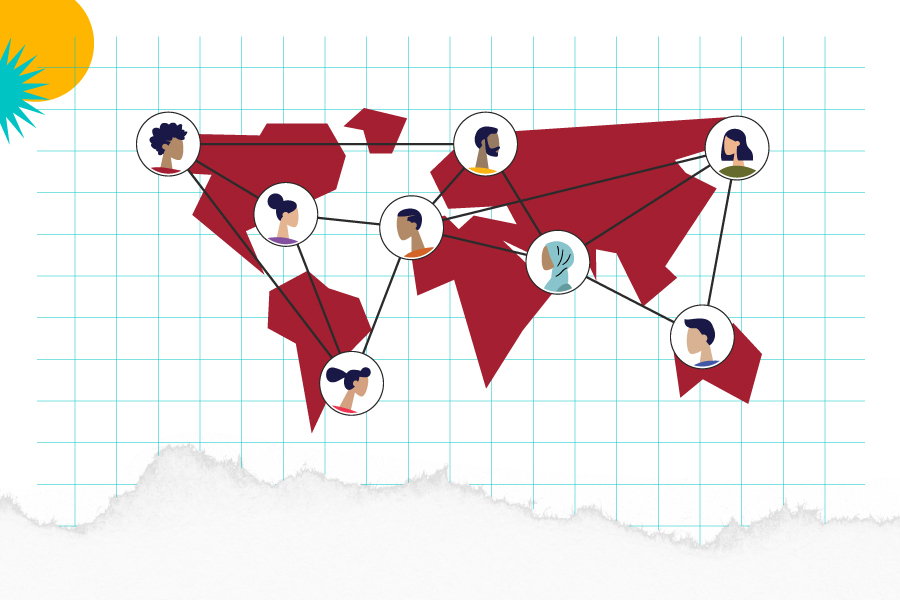 Empowering a global community of learners in displacement.

Through the championing support of the faculty and leadership of the MIT Afghan Working Group convened last September by Provost Martin Schmidt and chaired by Associate Provost for International Activities Richard Lester, MIT has come together to support displaced Afghan learners and scholars in a time of crisis. The MIT Refugee Action Hub (ReACT) has opened opportunities for 25 talented Afghan learners to participate in the hub’s certificate program in computer and data science (CDS), now in its fourth year, welcoming its largest and most diverse cohort to date — 136 learners from 29 countries.

”Even in the face of extreme disruption, education and scholarship must continue, and MIT is committed to providing resources and safe forums for displaced scholars,” says Lester. “We greatly appreciate MIT ReACT’s work to create learning opportunities for Afghan students whose lives have been upended by the crisis in their homeland.”

Currently, more than 3.5 million Afghans are internally displaced, while 2.5 million are registered refugees residing in other parts of the world. With millions in Afghanistan facing famine, poverty, and civil unrest in what has become the world’s largest humanitarian crisis, the United Nations predicts the number of Afghans forced to flee their homes will continue to rise.

“Forced displacement is on the rise, fueled not only by constant political, economical, and social turmoil worldwide, but also by the ongoing climate change crisis, which threatens costly disruptions to society and has potential to create unprecedented displacement internationally,” says associate professor of civil and environmental engineering and ReACT’s faculty founder Admir Masic. During the orientation for the new CDS cohort in January, Masic emphasized the great need for educational programs like ReACT’s that address the specific challenges refugees and displaced learners face.

A former Bosnian refugee, Masic spent his teenage years in Croatia, where educational opportunities were limited for young people with refugee status. His experience motivated him to found ReACT, which launched in 2017. Housed within Open Learning, ReACT is an MIT-wide effort to deliver global education and professional development programs to underserved communities, including refugees and migrants. ReACT’s signature program, CDS is a year-long, online program that combines MITx courses in programming and data science, personal and professional development workshops including MIT Bootcamps, and opportunities for practical experience.

ReACT’s group of 25 learners from Afghanistan, 52 percent of whom are women, joins the larger CDS cohort in the program. They will receive support from their new colleagues as well as members of ReACT’s mentor and alumni network. While the majority of the group are residing around the world, including in Europe, North America, and neighboring countries, several still remain in Afghanistan. With the support of the Afghan Working Group, ReACT is working to connect with communities from the region to provide safe and inclusive learning environments for the cohort. ​​

Selected from more than 1,000 applicants, the new CDS cohort reflected on their personal and professional goals during a weeklong orientation.

“I am here because I want to change my career and learn basics in this field to then obtain networks that I wouldn’t have got if it weren’t for this program,” said Samiullah Ajmal, who is joining the program from Afghanistan.

Interactive workshops on topics such as leadership development and virtual networking rounded out the week’s events. Members of ReACT’s greater community — which has grown in recent years to include a network of external collaborators including nonprofits, philanthropic supporters, universities, and alumni — helped facilitate these workshops and other orientation activities.

For instance, Na’amal, a social enterprise that connects refugees to remote work opportunities, introduced the CDS learners to strategies for making career connections remotely. “We build confidence while doing,” says Susan Mulholland, a leadership and development coach with Na’amal who led the networking workshop.

Along with the CDS program’s cohort-based model, ReACT also uses platforms that encourage regular communication between participants and with the larger ReACT network — making connections a critical component of the program.

“I not only want to meet new people and make connections for my professional career, but I also want to test my communication and social skills,” says Pablo Andrés Uribe, a learner who lives in Colombia, describing ReACT’s emphasis on community-building.

Over the last two years, ReACT has expanded its geographic presence, growing from a hub in Jordan into a robust global community of many hubs, including in Colombia and Uganda. These regional sites connect talented refugees and displaced learners to internships and employment, startup networks and accelerators, and pathways to formal undergraduate and graduate education.

This expansion is thanks to the generous support internally from the MIT Office of the Provost and Associate Provost Richard Lester and external organizations including the Western Union Foundation. ReACT will build new hubs this year in Greece, Uruguay, and Afghanistan, as a result of gifts from the Hatsopoulos family and the Pfeffer family.

Holding space to learn from each other

In addition to establishing new global hubs, ReACT plans to expand its network of internship and experiential learning opportunities, increasing outreach to new collaborators such as nongovernmental organizations (NGOs), companies, and universities. Jointly with Na’amal and Paper Airplanes, a nonprofit that connects conflict-affected individuals with personal language tutors, ReACT will host the first Migration Summit. Scheduled for April 2022, the month-long global convening invites a broad range of participants, including displaced learners, universities, companies, nonprofits and NGOs, social enterprises, foundations, philanthropists, researchers, policymakers, employers, and governments, to address the key challenges and opportunities for refugee and migrant communities. The theme of the summit is “Education and Workforce Development in Displacement.”

“The MIT Migration Summit offers a platform to discuss how new educational models, such as those employed in ReACT, can help solve emerging challenges in providing quality education and career opportunities to forcibly displaced and marginalized people around the world,” says Masic.

A key goal of the convening is to center the voices of those most directly impacted by displacement, such as ReACT’s learners from Afghanistan and elsewhere, in solution-making.