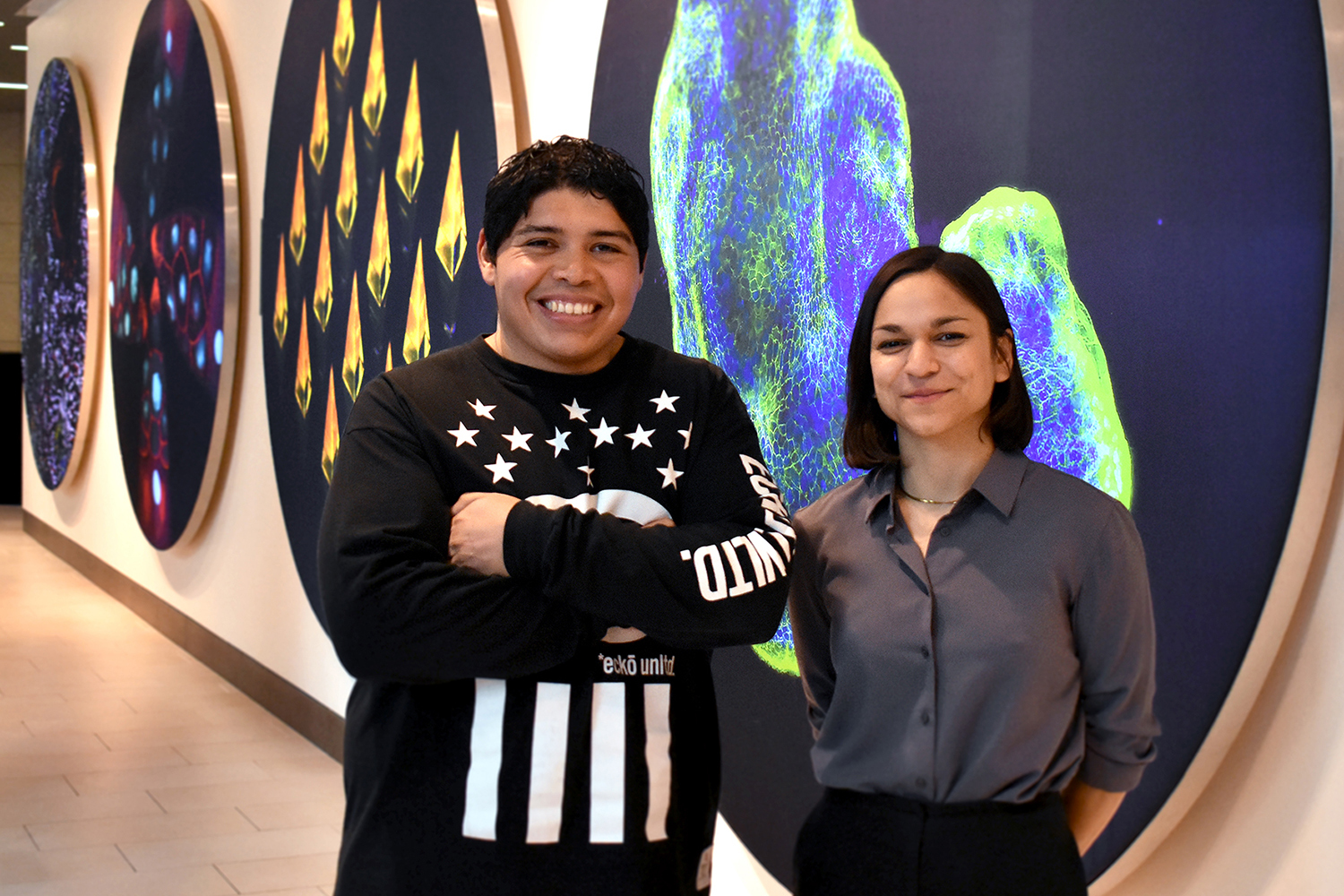 The award was established at the Koch Institute by family and friends of MIT faculty member Angelika Amon, a professor of biology and a member of the Koch Institute who died in 2020 following a two-and-a-half-year battle with ovarian cancer. The award is given annually to two graduate students in the life sciences or biomedical research from institutions outside the United States who embody Amon’s infectious enthusiasm for discovery science.

Winners are invited to the Koch Institute for an award ceremony and presentations to the MIT community, friends and family of the winners, and Amon Lab alumni. Attendees joined online from countries around the world, including Argentina, Austria, Denmark, France, Israel, Italy, Mexico, and the United Kingdom.

Amon was born in Vienna, Austria, and studied genetics at the University of Vienna as an undergraduate student and at the Research Institute of Molecular Pathology (IMP). Amon arrived in the United States in 1994 as a postdoc at the Whitehead Institute for Biomedical Research, and joined the MIT faculty in 1999. Widely recognized for her profound contributions to our understanding of the fundamental biology of cell division and proliferation, as well as the causes of chromosome mis-segregation and its consequences for human diseases such as cancer, Amon was equally well-known for her mentorship and advocacy for her students, postdocs, and colleagues.

“Angelika was a dedicated mentor, guide, advocate, and friend to many scientists,” said MIT Koch Institute Director Matthew Vander Heiden at the award ceremony. “She trained countless undergraduate and graduate students, postdoctoral researchers, and technicians, sharing with them her lifelong passion for fundamental biology and discovery science. The ripple effect of Angelika’s inspiration and counsel is profound.”

De Almeida, who recently completed her PhD in the lab of Johannes Zuber at IMP, presented on the development of a time-controlled CRISPR-based system for screening for the effects of gene knockouts. While using the system to knock out genes essential to regulating MYC, a protein often dysregulated in cancer, de Almeida and a fellow grad student stumbled across a poorly understood gene, AKIRIN2, which they discovered to control the import of enzymes that break down unnecessary or damaged proteins into the nucleus of mammalian cells.

When de Almeida started studying AKIRN2, she felt that doing science was “like solving a riddle, where you really need to ask the right questions to get closer to the solution. The best part about science is when you come to the end of a long experiment to find out whether your hypothesis is actually true.”

Aguilera Castrejón, currently a doctoral student in the lab of Jacob Hanna at the Weizmann Institute of Science in Rehovot, Israel, delivered a talk on his work developing in vitro systems for the culture of mammalian embryos outside the maternal uterus and then using these systems to gain insights into mammalian embryogenesis. Aguilera Castrejón’s platform allows post-implantation mouse embryos to develop outside the uterus for up to 6 days, and can also be used to culture stem cell-derived embryo models.

A first-generation graduate student from a working-class family in Mexico City, Aguilera Castrejón hopes that the Amon Award will help him “promote developmental biology in Mexico and other underdeveloped countries, and importantly, will show others that leading-edge science is not only for those born in wealthy or educated families, or in rich countries, but that science is for everyone who is passionate about discovery.”

After their presentations, Aguilera Castrejón and De Almeida were given their awards by Amon’s family, husband Johannes Weis and daughters Theresa and Clara.

“Today I could see some of the same love and passion for science that I saw in Angelika, and that just what we wanted to capture,” said Weis. “In future years, we will try to keep that spirit alive with this award.”