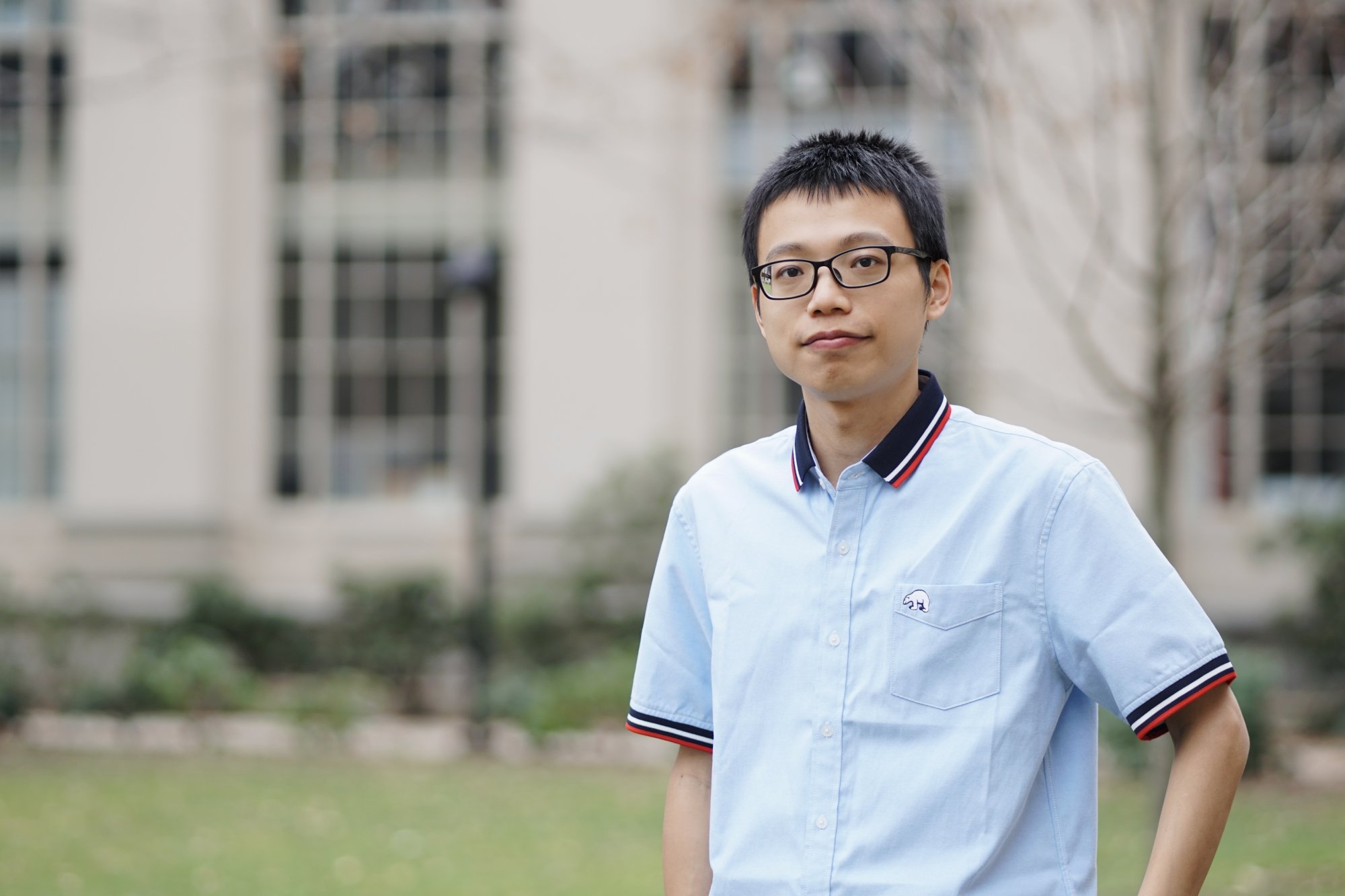 The bustling coastal city of Wenzhou made its mark early on Hao Zhang. “It is considered the birthplace of Chinese capitalism, and living there, with many relatives involved in startups, I was exposed to all kinds of business,” says Zhang, a rising fifth-year graduate student in political science. He also gained a close-up view of interactions between government and private enterprise. “My father dealt with these firms all his life as a tax collector,” he says. “I learned from him how important the relationship is between business and government.”

Zhang grew fascinated with the expansion of private enterprise into international markets, and the emergence of government institutions in response to this explosive economic growth. “I became really interested in the broader narrative of China’s rise, with the increased tensions between China and the U.S. and the western world in general,” he says.

Today, Zhang is engaged in a unique investigation of the vast global networks sustaining China’s expanding economic and political reach. His research, built on mountainous datasets, reveals that firms with supply chain connections, including those that cross borders, also share political goals. Identifying these complex and often obscure interdependencies is essential to “advancing our understanding of trade politics,” Zhang states. At a time when pandemic, war, and climate change are buffeting trade networks, Zhang believes his supply chain research has “important implications for the U.S. and the world.”

Zhang came to MIT in 2018. He had previously conducted research on the impacts of Chinese government involvement in foreign investment and its use of tax-break policies on business development, and intended to continue in the same vein.

But the Trump Administration’s trade war with China helped shift his focus. When the U.S. government placed punitive tariffs on Chinese industries sending goods to the U.S — including textiles and computer chips — Zhang noted an interesting phenomenon: firms involved in manufacturing and distributing these products banded together to object. “Chinese companies and those in the U.S. and elsewhere connected to Chinese firms through supply chains found their interests aligned, and felt it was important to stand up and lobby for themselves and their foreign partners,” he says.

Zhang realized that these alliances, formed across great distances, represented a previously unremarked but nevertheless critical aspect of trade politics. “The political strategies involved in achieving trade goals are fundamental questions in political economy,” says Zhang. Traditionally, scholars study the effects on trade of labor and capital interests, or the needs of industries, or the protectionist inclinations of firms with either domestic or international markets. “But what have been missing,” he says, “are the political impacts of production linkages between firms and industries through global supply chains.”

To analyze the degree of political coordination among firms with shared supply chains, Zhang connected two databases: one included all publicly listed U.S. firms and members of their supply chains from 2003 to 2020; and the other showed these firms’ lobbying reports, from 2004 to 2019. Each database contained millions of observations. (The datasets emerged from the LobbyView and TradeLab projects, led by In Song Kim, associate professor of political science and one of Zhang’s thesis advisors.)

Quantifying the production and lobbying linkages proved a big challenge, says Zhang, requiring cutting-edge data science techniques and two years of work. “I’m maybe the first political scientist to pose questions about the linkages, and analyze these datasets together,” he remarks.

The fruits of Zhang’s labor, which form the core of his book-length thesis project, include some intriguing insights: U.S. firms linked to the same foreign partner (for example, to the Chinese tech giant Huawei, before it was prohibited from selling in U.S. markets) are more likely to lobby together. “Looking at the databases, I could see how their lobbying expenses were correlated,” says Zhang. And when trade barriers hit the Chinese textile and apparel industry, firms involved with these goods pushed U.S. trade associations to lobby on their behalf. “When the U.S. and China started a trade war, lobbying expenses spiked in a coordinated way,” he says.

The lesson Zhang draws is that traditional policy tools like tariffs can’t be used to protect a nation’s products. “It’s impossible, because whether it’s made by Apple or another firm, a product has lots of different components from many different countries, and imposing a tariff brings collateral damage to firms, industries, and workers at home,” he says. “Interests are blurred now, because industries are interconnected by production relationships.”

It was a swift path for Zhang to scholarship in the field of international political economy. He headed to Renmin University in Beijing for undergraduate study in political science. Then in his sophomore year, he attended the University of California at Berkeley on a scholarship. The experience changed his life.

“I learned how to study in the authentic American style — how to formulate interesting questions and gather data,” he says. “That was the moment when I decided to pursue a higher degree.” Zhang first earned master’s degrees from Tsinghua University in international politics, and Johns Hopkins SAIS in international economics and China studies. He then set his cap on a political science graduate program in the U.S., and specifically at MIT, with its reputation for solving problems using quantitative methods.

Zhang leapt into a new life as a Chinese student in Cambridge, Massachusetts. He joined MIT’s International Student Office as a graduate fellow, hoping “to help international students settle down in school and thrive in this environment,” he says. In recent years, Chinese students have faced “difficult situations, with Covid and the last president making them feel alone and unwelcome,” he says.

After nearly eight years in the U.S., Zhang feels “part Americanized,” but he regards himself as Chinese, and has continued to read Chinese classical poetry and philosophy, as well as practice Chinese calligraphy — an art that he learned at age 7. “As a researcher, I’m constantly under high pressure to produce, and calligraphy is spiritually beneficial to me,” he says.

As he continues analyzing his doctoral data, Zhang is convinced that conventional, protectionist trade tools no longer suit an increasingly enmeshed and embattled global economy. He is studying policy alternatives that might serve better to balance between firms favoring protectionist measures and those advocating free trade. He feels sure that his current work will be of practical interest to governments and businesses seeking information on the supply chain relations of leading firms. A kink in one part of a sprawling network inevitably affects the rest, and identifying all these partners in advance could help make these chains more resilient. “I think my work could eventually help alleviate global production problems,” he says.