Deepto Chakrabarty named head of the Department of Physics 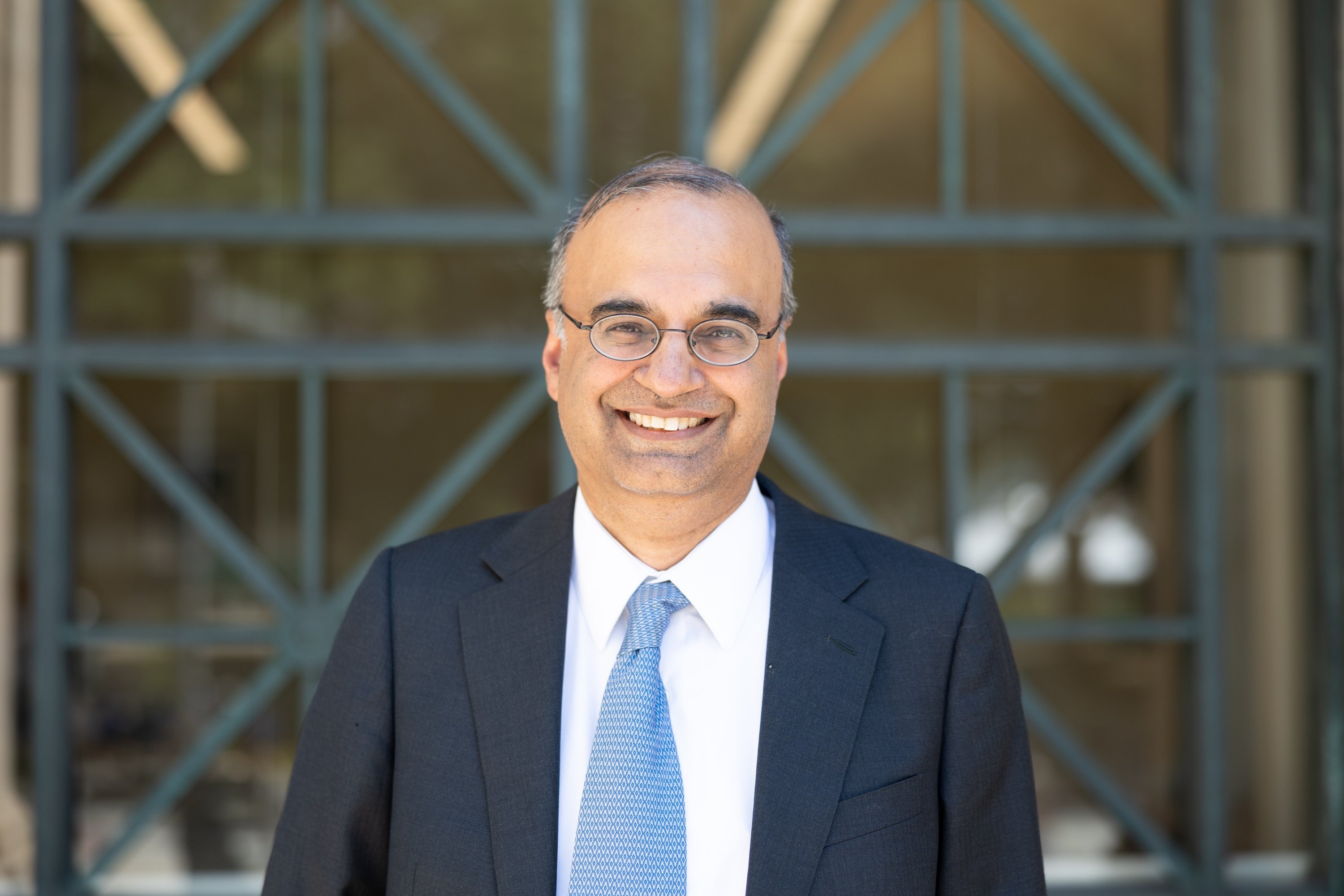 Professor Deepto Chakrabarty, principal investigator at the MIT Kavli Institute for Astrophysics and Space Research, has been named head of the Department of Physics, effective Aug. 29. Chakrabarty succeeds Peter Fisher, the Thomas A. Frank (1977) Professor of Physics, who has led the department since Nov. 13, 2013.

“Professor Chakrabarty will continue to provide strong leadership in high-energy astrophysics research working with his colleagues in the MIT Kavli Institute, and now, in his role at the head of physics, he will also enable the work of countless others,” says Nergis Mavalvala, the Curtis and Kathleen Marble Professor of Astrophysics and the dean of the MIT School of Science. “As faculty lead of Physics 8.01, a required subject for all MIT undergraduates, over the past decade, Deepto has also has tremendous positive impact on the education of thousands of MIT students.”

“I am deeply honored that I can continue the important work of the department. Peter Fisher’s departmental leadership has been an inspiration” says Chakrabarty, who has been associate department head since 2020 and co-leader of the physics course 8.01, a required subject for all MIT undergraduates, for the past eight years. “And with Dean Mavalvala at the helm of our school, MIT will continue to be the world leader in physics across the spectrum of research areas.”

“Deepto’s research in X-ray astronomy has provided a foundation for the field of high-energy astrophysics,” says Fisher, who will begin his new role as the head of the Office of Research Computing and Data (ORCD) at the start of the year. “As former head of the astrophysics division within MIT and as a leader in current observational astrophysics techniques, Deepto has ensured that generations of past and current astrophysicists have deep and rigorous training. He has also served as associate department head for the last two years and comes well-prepared for his new role.”

Chakrabarty’s primary research interests are the physics and astrophysics of neutron stars. Specifically, he is a leader in the field in understanding millisecond pulsars, a type of fast-spinning neutron star formed in a binary system with an ordinary star. Gas pulled away from the surface of the companion star crashes onto the neutron star, spinning it up to rotation rates of hundreds of revolutions per second and emitting X-ray light in the process.

Physicists like Chakrabarty have shown that oscillations in the emitted X-ray light can be used to measure a pulsar’s spin evolution and other key parameters. Such observations originally made with NASA’s Rossi X-ray Timing Explorer earned Chakrabarty, and colleagues Tod Strohmayer of the NASA Goddard Space Flight Center and Rudy Wijnands of the University of Amsterdam, the Bruno Rossi Prize — the top award given by the High Energy Astrophysics Division of the American Astronomical Society (AAS).

Chakrabarty’s current research uses NASA’s Neutron Star Interior Composition Explorer (NICER), an X-ray astronomy instrument aboard the International Space Station built by NASA Goddard Space Flight Center and the MIT Kavli Institute. Recently, research scientist Dheeraj Pasham along with Chakrabarty, MIT Kavli Institute researchers, and other collaborators outside of MIT used NICER to trace the source of a bright blue cosmic explosion to the birth of a neutron star or black hole. This new evidence of X-ray pulses, every 4.4 milliseconds, over a span of 60 days, published in the journal Nature Astronomy, opens possibilities for finding more nascent black holes or neutron stars promptly in the wake of dying stars.

Chakrabarty completed his BS in physics at MIT in 1988. He subsequently earned his PhD in physics from Caltech in 1996, following two years at the Lawrence Berkeley National Laboratory as a staff physicist working on the Berkeley Automated Supernova Search. After receiving his doctorate, Chakrabarty returned to MIT in 1996 for a three-year postdoc appointment as a NASA Compton GRO Fellow, including a stint as a visiting fellow at Balliol College, Oxford University. In 1999, he became an assistant professor within the Department of Physics and was tenured in 2004.

Chakrabarty is a fellow of the American Physical Society and a legacy fellow of the American Astronomical Society. His other awards include an Alfred P. Sloan Research Fellowship, the Buechner Teaching Prize in Physics, and the inaugural 2017 MITx Prize for Teaching and Learning in MOOCs for his work on the 8.01x Mechanics Series. He recently chaired the panel on “Compact Objects and Energetic Phenomena” of the Astro2020 Decadal Survey on Astronomy and Astrophysics, sponsored by the National Academy of Sciences.