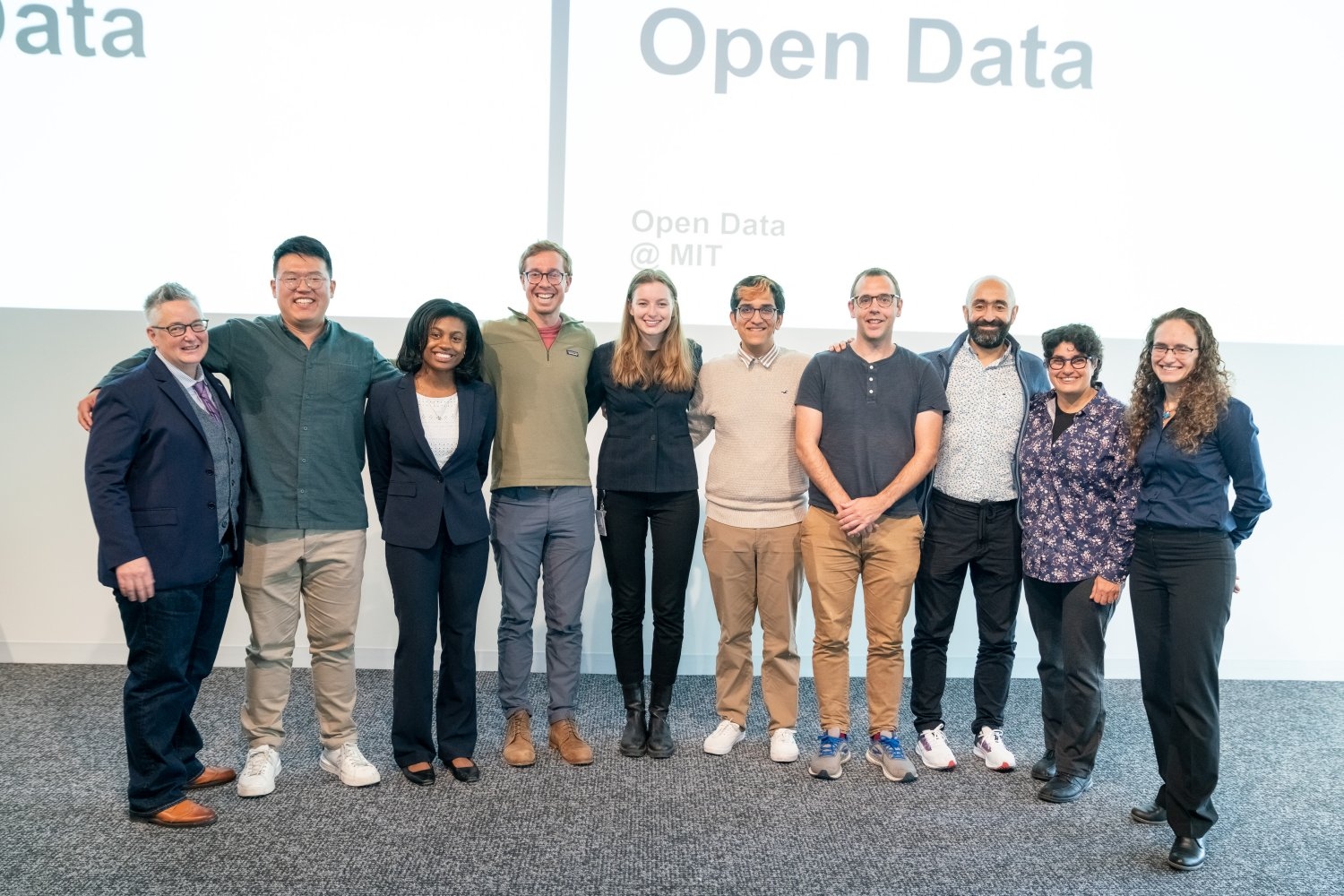 The inaugural MIT Prize for Open Data, which included a $2,500 cash prize, was recently awarded to 10 individual and group research projects. Presented jointly by the School of Science and the MIT Libraries, the prize recognizes MIT-affiliated researchers who make their data openly accessible and reusable by others. The prize winners and 16 honorable mention recipients were honored at the Open Data @ MIT event held Oct. 28 at Hayden Library.

Spearheaded by Bourg and Rebecca Saxe, associate dean of the School of Science and John W. Jarve (1978) Professor of Brain and Cognitive Sciences, the MIT Prize for Open Data was launched to highlight the value of open data at MIT and to encourage the next generation of researchers. Nominations were solicited from across the Institute, with a focus on trainees: research technicians, undergraduate or graduate students, or postdocs.

“By launching an MIT-wide prize and event, we aimed to create visibility for the scholars who create, use, and advocate for open data,” says Saxe. “Highlighting this research and creating opportunities for networking would also help open-data advocates across campus find each other.”

Recognizing researchers who share data was also one of the recommendations of the Ad Hoc Task Force on Open Access to MIT’s Research, which Bourg co-chaired with Hal Abelson, Class of 1922 Professor, Department of Electrical Engineering and Computer Science. An annual award was one of the strategies put forth by the task force to further the Institute’s mission to disseminate the fruits of its research and scholarship as widely as possible.

Winners and honorable mentions were chosen from more than 70 nominees, representing all five schools, the MIT Schwarzman College of Computing, and several research centers across MIT. A committee composed of faculty, staff, and a graduate student made the selections:

Awards were presented at a celebratory event held in the Nexus in Hayden Library during International Open Access Week. School of Science Dean Nergis Mavalvala kicked off the program by describing the long and proud history of open scholarship at MIT, citing the Institute-wide faculty open access policy and the launch of the open-source digital repository DSpace. “When I was a graduate student, we were trying to figure out how to share our theses during the days of the nascent internet,” she said, “With DSpace, MIT was figuring it out for us.”

The centerpiece of the program was a series of five-minute presentations from the prize winners on their research. Presenters detailed the ways they created, used, or advocated for open data, and the value that openness brings to their respective fields. Winner Djuna von Maydell, a graduate student in Professor Li-Huei Tsai’s lab who studies the genetic causes of neurodegeneration, underscored why it is important to share data, particularly data obtained from postmortem human brains.

“This is data generated from human brains, so every data point stems from a living, breathing human being, who presumably made this donation in the hope that we would use it to advance knowledge and uncover truth,” von Maydell said. “To maximize the probability of that happening, we have to make it available to the scientific community.”

MIT community members who would like to learn more about making their research data open can consult MIT Libraries’ Data Services team.