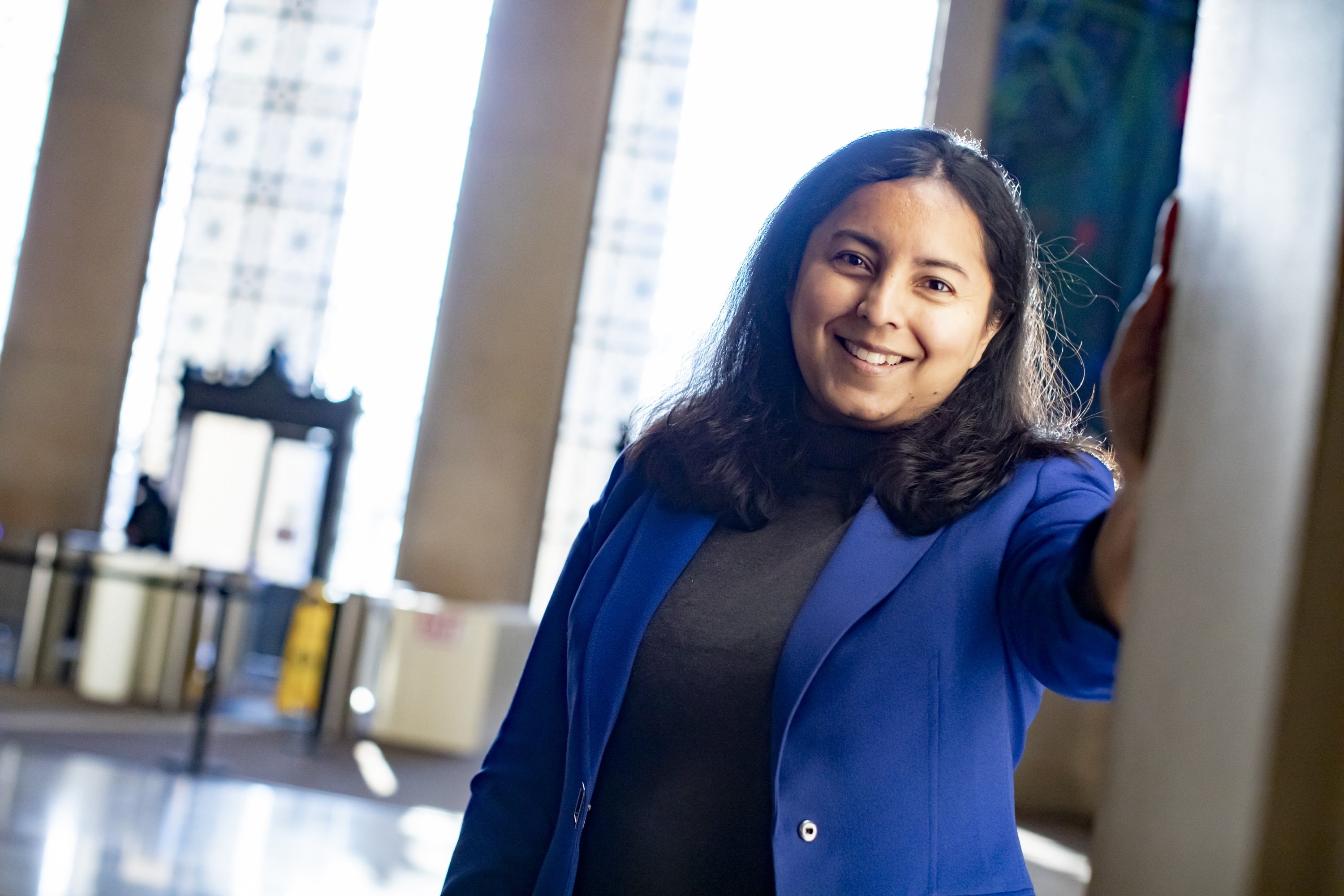 Assistant dean for diversity, equity, and inclusion at the MIT School of Science answers three questions about the work ahead.

In summer 2021, the MIT School of Science welcomed Kuheli Dutt, one of the six assistant deans for diversity, equity, and inclusion (DEI) at the Institute. Dutt came to MIT from Columbia University’s Lamont-Doherty Earth Observatory, where she led Lamont’s DEI efforts and initiatives since 2008. At Columbia, she also co-chaired the university’s Senate Commission on the Status of Women and served on its Life Task Force on Inclusion and Belonging.

As with many higher education institutions that focus on geosciences research — a predominantly white and male-dominated field — Columbia’s leadership at Lamont stated its goal of becoming a leader in diversity and inclusion. In 2016, Dutt’s research paper on “Gender differences in recommendation letters” was the first such published study in the geosciences. In 2020, Dutt’s research paper on “Race and racism in the geosciences” was Nature Geoscience’s top-most accessed paper that year, with more than 66,000 views.

Now, Dutt brings her years of experience to bear at MIT and talks about the importance of the work ahead. With the recent launch of the “MIT School of Science DEI Action Items,” authored by Dutt, Dean Nergis Mavalvala, and associate deans Jacqueline Lees and Rebecca Saxe, Dutt talks about why the best scientific research is — by necessity — the most diverse, accessible, and inclusive; what to watch out for; and where MIT has excelled and can improve.

Q: What is the importance of diversity, equity, and inclusion efforts in the sciences and what are the challenges?

A: There are two pieces with regard to the importance of DEI in the sciences: a research-based imperative to increase diversity, access, and belonging; and a moral imperative as a national leader in STEM research.

For the first piece, research shows that diversity promotes better science. For example, a study of 2.5 million scientific papers found that papers with more diverse authors tended to get published in higher-impact journals and had more citations. For the second piece, as an institution of higher learning, we owe it to ourselves to ensure access to opportunities and resources for traditionally underrepresented groups.

Broadly speaking, there are three primary challenges to DEI work. One is the area of role models and representation. Research shows that a sense of belonging — what we often call “inclusion” — is one of the most important factors determining whether someone chooses to stay on in a field. When the leadership and faculty are predominantly a certain demographic, say white, male, heterosexual, able-bodied, it sends a message about who belongs in those spaces.

Another challenge area is culture and climate. People from underrepresented groups typically face more negative experiences than others, including in the workplace. This includes women, people of color, LGBTQ+ people, people with disabilities, and others.

Additionally, as we try to return to a “new normal” following the pandemic, the lessons of the past year are crucial — women and communities of color have been disproportionately impacted. Besides this, following the murders of George Floyd, Breonna Taylor, and others, we saw the rise of racial justice dialogues and movements across the country in solidarity with the Black Lives Matter movement. The pandemic also saw a surge of hate crimes against Asian Americans and Pacific Islanders. The past year-and-a-half has posed challenges, along with an urgency to address those challenges, in a way that many of us haven’t seen in recent times.

Even as we talk about racial justice, we need to acknowledge that different groups face different challenges, be they Black/African-American, Hispanic/Latinx, Native American/Indigenous, or Asian American/Pacific Islander. For example, a 2019 PNAS study found that among racial minorities, Black people are most likely to be victims of police violence and Asian Americans the least likely. On the other hand, while there is a positive stereotype around Asian Americans in STEM, they are the least likely racial/ethnic group to be appointed to top leadership positions and often get excluded from STEM DEI conversations because they are not considered “underrepresented minorities.” The point being that each community faces its own set of challenges and there is no one-size-fits-all solution. I have used race here as an example, but DEI is so much more than just race/ethnicity. My own research is on implicit bias, which shows up in various spaces in various forms.

And the final challenge area is what I call access and opportunity. Talented people come from all backgrounds but not everyone has access to opportunities and resources. What we often call merit is the outcome of people having access to opportunities and resources that enable them to fulfill their potential. And this access and opportunity is significantly limited for certain groups. We need to find ways to promote such access for traditionally underrepresented groups. Some excellent examples are our outreach and bridge programs, including the Bernard S. and Sophie G. Gould MIT Summer Research Program.

Q: What policies or programs did you work on at Lamont that were particularly effective helping to meet its DEI goals?

A: When my position was created in 2008, it was uncommon to have a designated institutional DEI officer, and that, too, with a seat at the leadership table. So, kudos to Lamont for taking this step so early on.

At Lamont, we adopted a multi-pronged approach, spanning numerous initiatives and sustaining them over time. What was particularly effective was the combination of the following: integrating DEI aspects into academic affairs (faculty searches, appointments, promotions, salary equity) and work-environment issues; and my position being part of the Lamont leadership, providing advice to the director, and having a seat on the Executive Committee, Lamont’s primary leadership body. Additionally, given that DEI work is relational, engaging people across the board was key.

Q: What has inspired you about working at MIT and where could we grow?

A: I would like to bring the above elements to my work here at MIT. I’m excited to work with such wonderful people here. Dean Mavalvala is an inspiration and was part of the reason I took this job, along with the opportunity I saw in advancing DEI at the School of Science. Already, it’s encouraging to see some of the important DEI work our departments, labs, and centers (DLCs) are doing.

We recently launched the School of Science DEI Action Items, outlining the vision of the dean’s office for an overarching framework that supports, aligns, and coordinates the DEI activities of the DLCs and the school at large with the MIT DEI Strategic Action Plan. Different DLCs have different needs and priorities, so it can sometimes be tricky to create a unifying structure that works for all, but with concerted efforts sustained over time I feel optimistic that we can get there.

I’ve been excited to learn about MIT’s Summer Research Program program, offered in the departments of Biology, Brain and Cognitive Sciences, and Chemistry. We can create similar programs across the school. Another potential area of growth is investing in bridge programs that provide preparation for students who want to pursue doctoral programs but who need additional preparation. Obviously, these will take time to grow, and the School of Science dean’s office would play a role in supporting these efforts.

At the end of the day, DEI enriches our science and our community. This is not the work of a moment or even a semester. It requires systemic change, a multi-pronged approach, which needs to be nurtured and sustained over several years. I am excited about what we can do here at the School of Science.