Dressing Down for Success

Out of the lab, into the Rice Paddy

Evolution of the MIT Grad Blog

My Recipe for Getting In

The guide I wish I'd had

During my interview weekend at MIT, I went on a brief housing tour of three MIT graduate housing residences that current students lived in. One student proclaimed her room was the biggest bedroom in the whole building. I made a mental note—the biggest room in the furnished dorm is not very big. Don’t live there.

As it turns out, there are five furnished residences, and filling out my preferences for the housing allocation process was overwhelming. I couldn’t remember many details from my thirty-minute tour, especially not the name of the residence I wanted to avoid. I googled around, scrolled through the graduate housing website, but came up short. I guessed I’d wing it. Navigating the MIT graduate housing allocation process was not straightforward, so I’m writing the guide for MIT Graduate Housing I wish I’d had.

When you apply for the lottery, you can rank as many apartment buildings and room types as you wish. I knew I wanted an unfurnished apartment, so I ranked Edgerton’s three-, two-, and one-bedroom apartments as my top 3 options (see table 1 for a summary of all housing options). While ranking more apartments increases your chances of getting an assignment, only rank apartments you’d accept because there is a $250 fine to cancel an assignment. The first round of housing allocation usually closes at the end of April, but all of the important dates are listed here.

When I got my MIT graduate housing assignment, I was pleased. I was placed in my second choice, a two-bedroom apartment in Edgerton. When I received my room assignment, I quickly logged onto the MIT housing website and looked at the floor plan of the apartment and bedroom that I had been assigned: 319B. 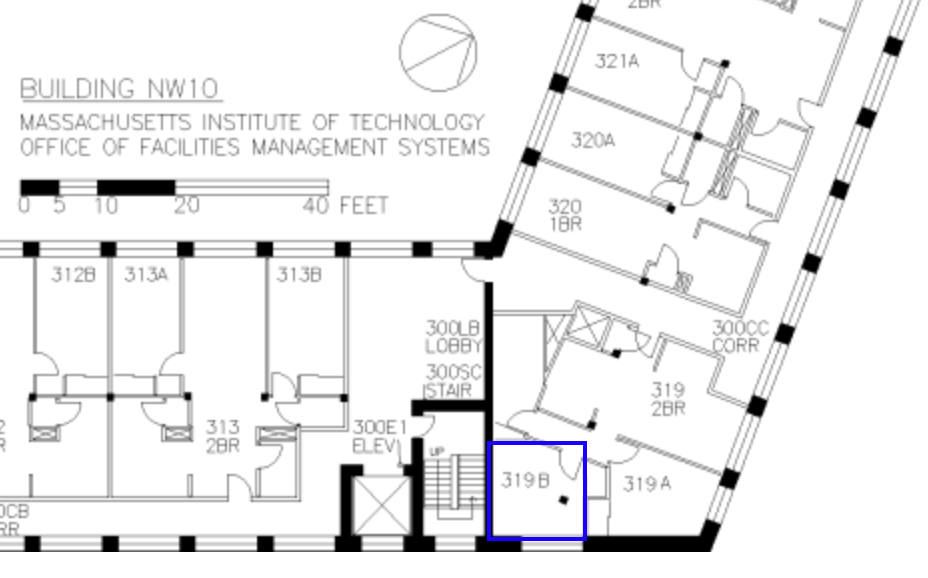 Apartment 319 was a 2-bedroom corner unit. It wasn’t great, but at least my room looked larger than 319A, which had weird angular walls with a lot of unusable space. I went home, sketched out the room on graph paper using the scale provided on the floor plan, and cut out my furniture pieces in order to plan how I would arrange my room. My double bed would fit, along with my nightstand, desk, two dressers, shoe rack, and velvet chair.

A few weeks later, I was so excited about my new home I looked up the floor plan again. Suddenly I noticed something I had missed before. A black square near the middle of the bedroom. I zoomed in closer. 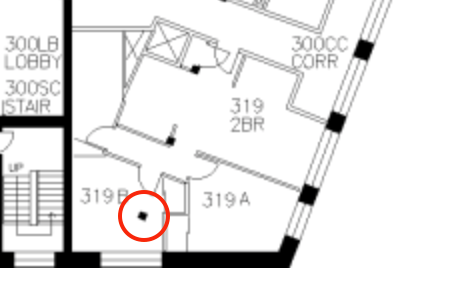 “That is strange, maybe a vent? A smoke detector?” I thought to myself.

I zoomed out. My stomach dropped. All the other black squares fell on the intersection of walls. Every. Single. Other. Square. 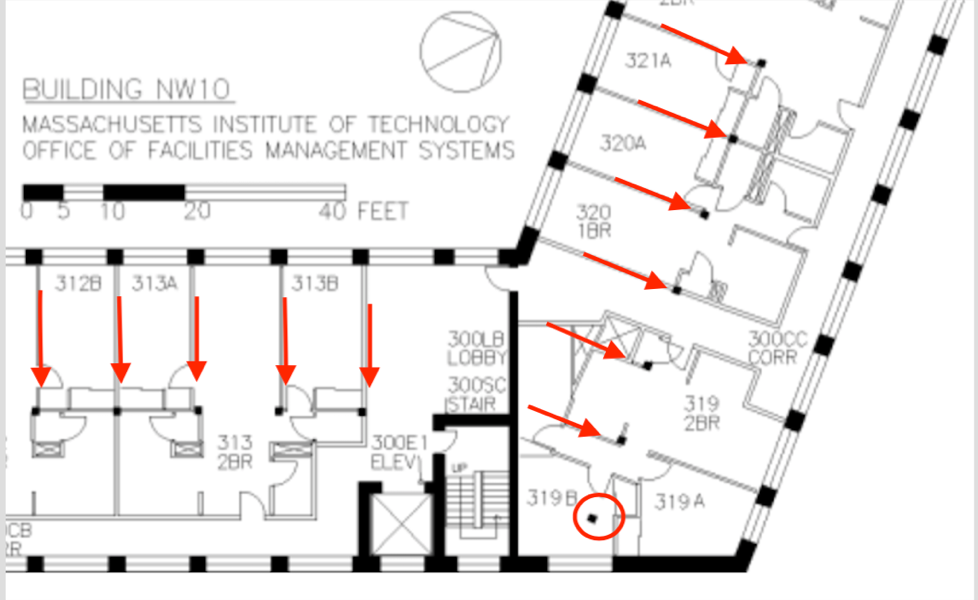 I called the MIT Graduate Housing office and asked if this black square was what I feared. She confirmed. She apologized. The room was marked as a “flagged” room because Graduate Housing decided it was definitively worse than the other rooms, but still cost the same. Because of this, I had the option to pull out of my housing assignment without incurring the $250 fee. Unfortunately, that information was not included in my initial offer letter, and I was moving in a few weeks. There was no time to find another option.

I started tearing up. I told her my furniture would not fit, which was true. I mentally rearranged my graph paper furniture around the support column and crumpled up the bed, the desk, one dresser, and the velvet chair. I imagined sleeping standing upright in 319B- it was the only way my double bed would fit.

One of the biggest pitfalls of graduate housing was the inflexibility in selecting your roommate. Previously, the only way you can choose your roommate(s) in MIT graduate housing is if you are all assigned the same room type in the same dorm. For example, If I was assigned to a two-bedroom apartment in Sidney-Pacific, but “Lucy” was allocated a three-bedroom apartment in Sidney Pacific, we couldn’t be roommates. So, if you really want to live with someone specific, living off campus might be a better option. This has recently changed in the format of a pilot program for several of the residences; I think it is a necessary improvement.

A girl I interviewed with was also assigned a two-bedroom Edgerton apartment, so after we received our initial assignment (before the specific room assignment), we requested to be roommates (she was 319A).  Inexplicably, a few weeks after I was crying on the phone with MIT Graduate Housing, I received an email that I had been moved to 319A, and 319B was unoccupied. Through the course of my year-long lease, several people rotated in and out of 319B, and I made do with the weird angular shape of 319A. In fact, I grew to like it. 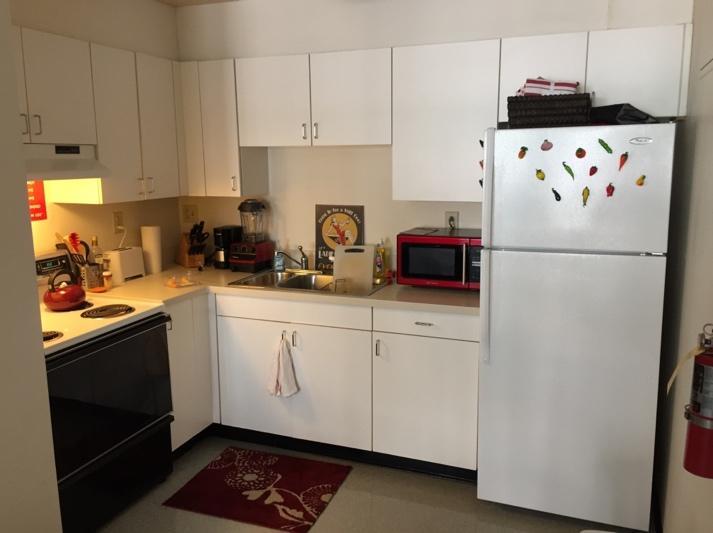 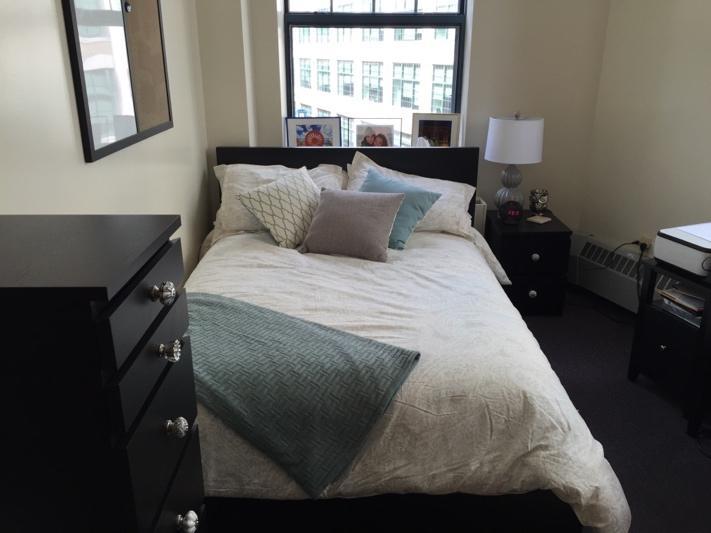 MIT graduate housing can be less expensive than living off campus, but it can also be more expensive. MIT graduate housing prices increase every year, and the prices vary based on number of roommates, building, kitchen and bathroom access, etc. This was also recently changed, which I think was smart. It was ridiculous I was going to have to pay the same price for the worst room in an unfurnished apartment as the biggest room in the nicest dorm. In 2018-2019, the costs range from $800 for a single room in 70 Amherst to $2,003 for a large one bedroom apartment in Edgerton. An “Efficiency” apartment is a pretty good deal, while the one-bedroom prices are a little steep. If you don’t care about having a kitchen and bathroom in your room/apartment, the suite or single room options are a great deal. Beyond that, you can find cheaper two-, three-, four-bedroom options off campus. You can also find more expensive.

The largest benefits to graduate housing is that you don’t have to deal with the crazy Cambridge housing market or furnishing an apartment if you don’t want to, the utilities are included, and you get access to laundry, study areas, social events with free food, and the opportunity to meet other graduate students. You also learn valuable skills like how to arrange a furniture in an oddly-shaped room, and what to do when mice invade your apartment over the holiday break and eat all the chocolate kisses you had in a cute Santa bowl and leave droppings everywhere. Thankfully, calling maintenance took care of that issue. Eventually.

After my first year in MIT Graduate housing, I decided to move off campus. Well, more like I was forced to move off campus. MIT graduate students can only stay in graduate housing after their first year if they reapply for the lottery and get reassigned—which is not a given—or obtain a position on the housing board. I didn’t want to wait for the lottery or join the board, and ultimately, I just didn’t want to pay $1,220 for my little angular bedroom any longer.

I enjoyed my time at Edgerton, it was my first home in Cambridge. Edgerton helped me transition from college life, and helped my parents to know that I was living in a secure building in a safe area. Plus, it was a five-minute walk to the grocery store, seven minutes to the train, ten minutes to class, and most importantly a one minute walk to Flour, a delicious bakery that received a healthy fraction of my first-year stipend on unhealthy treats. I recommend the coconut macaroons. And sticky buns. Definitely the sticky buns.

The residences below only include the singles residences (not family), and the comments are solely my opinion, in part based on reputation. If you decide to apply for MIT graduate housing, I recommend talking to students in your department for their opinions as well.

*Single room is defined as bed only, with access to shared kitchen and bathroom on the floor

*Suite is defined as one bedroom per person with a shared bathroom, no kitchen

*Efficiency has a private bathroom and kitchenette, usually smaller than a one-bedroom apartment which has a full kitchen.

A helpful guide for off campus housing can be found in this blog by a fellow contributor.