This city is more Portuguese than you think

“What’s for lunch?” is one of the more universal questions of the human experience, though the presence of two large universities in Cambridge affects the range of choices available to a hungry grad student. Many of the food options near MIT and Harvard Square cater to the fast-casual appetites of millennials or the droves of wealthy tourists who have come to visit the campuses. But it hasn’t always been this way. Cambridge has a long history of attracting immigrant groups from around the world. One of my favorite ways of dealing with the stress of grad school has been exploring the neighborhoods of Cambridge that have retained their immigrant roots, mainly through food. Near my first apartment in East Cambridge, there’s a Greek restaurant called Desfina where you can order a slice of cheese that is set aflame while the server yells “Opa!”. There’s also Helmand, which offers an incredible dive into Afghan cuisine. I’ve found Ethiopian food in Central Square and Peruvian food in Union Square. But the most eye-opening discovery has been the Portuguese influence on my current neighborhood.

The apartment I moved to a year ago is on a quiet street near Inman Square. There’s a grape vine over the driveway that yields an enormous amount of green grapes every Fall. The houses that are packed onto the street are mostly pastel-colored triple-deckers. While there are plenty of young renters, there are also residents who have lived there for decades. There are a few Portuguese businesses in the area — mostly restaurants on Cambridge Street — but I didn’t take much notice of them for a while. Two travel experiences changed that.

The first was a trip to Lisbon for an academic conference. I had never really been exposed to the Portuguese language or culture, and made an effort to remedy that while traveling. I tried special egg tarts called pasteis de nata and ate plates of seafood while drinking vinho verde, or green wine. After the trip, I started noticing the signs of Portuguese culture in my neighborhood. There are other houses with grape vines over the driveways, perfect for making green wine. There’s also the Portuguese grocery store with freshly caught fish in the window, which also sells pasteis de nata and other specialty foods inside. And I’ve made it a point to try the restaurants on Cambridge Street to revisit the kind of cuisine I had while traveling. 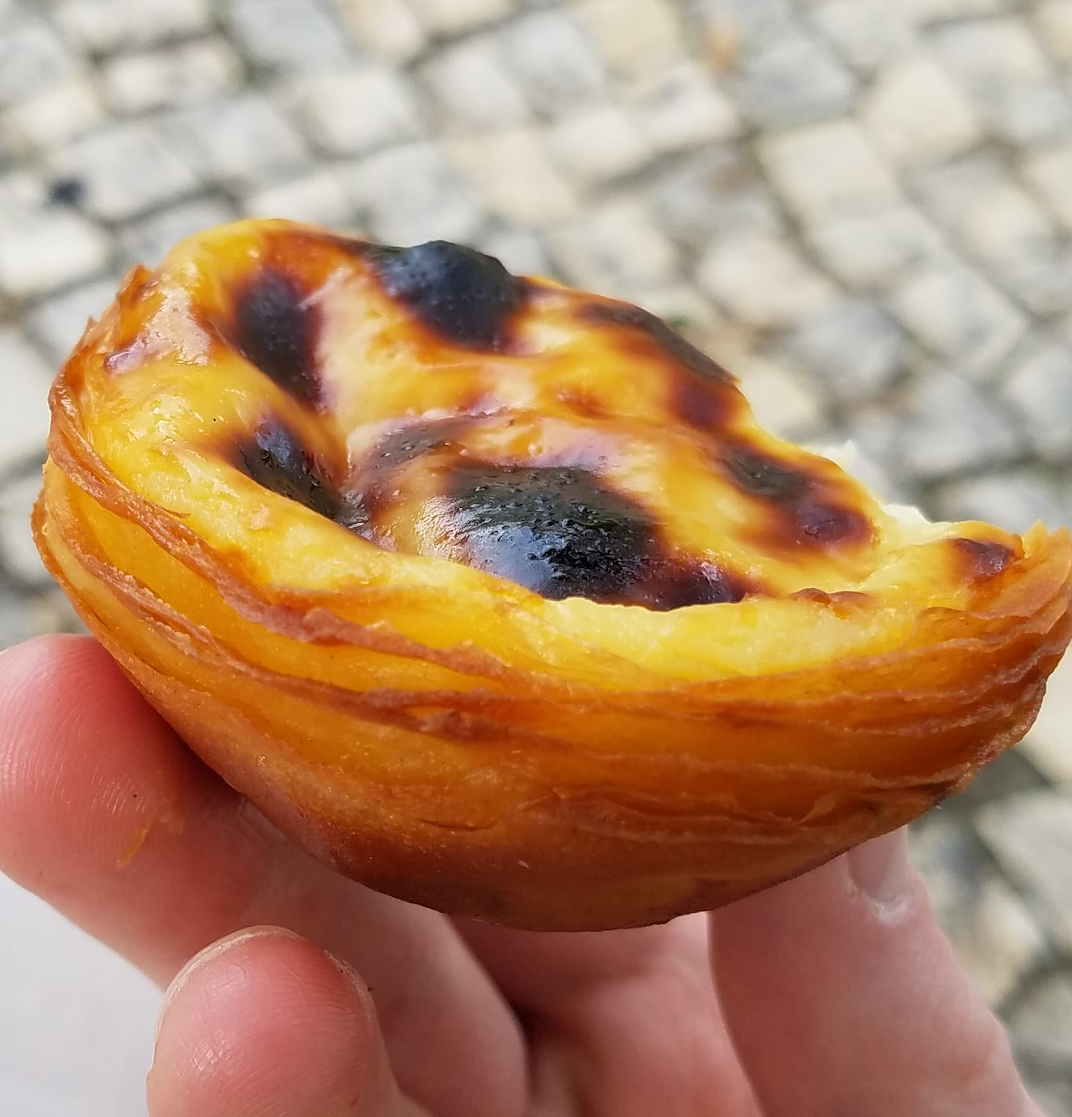 A delicious example of pasteis de nata from Lisbon.

My second Portuguese exposure was thanks to a family trip to the Azores over the summer. The Azores, a volcanic archipelago in the mid-Atlantic, are part of Portugal and fast becoming a major tourist destination. The islands are incredibly beautiful but have historically lacked economic opportunities, causing many of their residents to leave. One of the most common destinations –– I learned at a museum devoted to Azorean emigrants –– was Boston. Things started to fall into place. This is why there are direct flights from Boston to the Azores, an option that doesn’t exist for most US cities. This is why the light pastel colors of so many Cambridge houses match the palette of the towns I saw on the island of Sao Miguel. Now I can’t seem to stop finding connections, from hearing the same kind of music I heard on the island at a street festival near my apartment to finding a particular kind of Azorean sweet bread called bolos levedos in Market Basket. I even found out that one of my neighbors, who is frequently outside tending to her garden during the summer and is always a friendly presence, is from one of the islands. My travels ultimately opened my eyes to a culture I knew very little about and helped me appreciate the cultural and culinary roots of my immediate surroundings.

MIT students come from all over the world, bringing with them many cultural traditions. But many are transient immigrants, here to get a degree before moving out. While we are here, I think it is worthwhile to appreciate the previous immigrants who have settled in the area by supporting their businesses. It’s a great way to feel connected to the community, learn about some new travel destinations, and at the very least eat some good food.

For a map of locations mentioned in this article, click here