Understanding the war in Ukraine 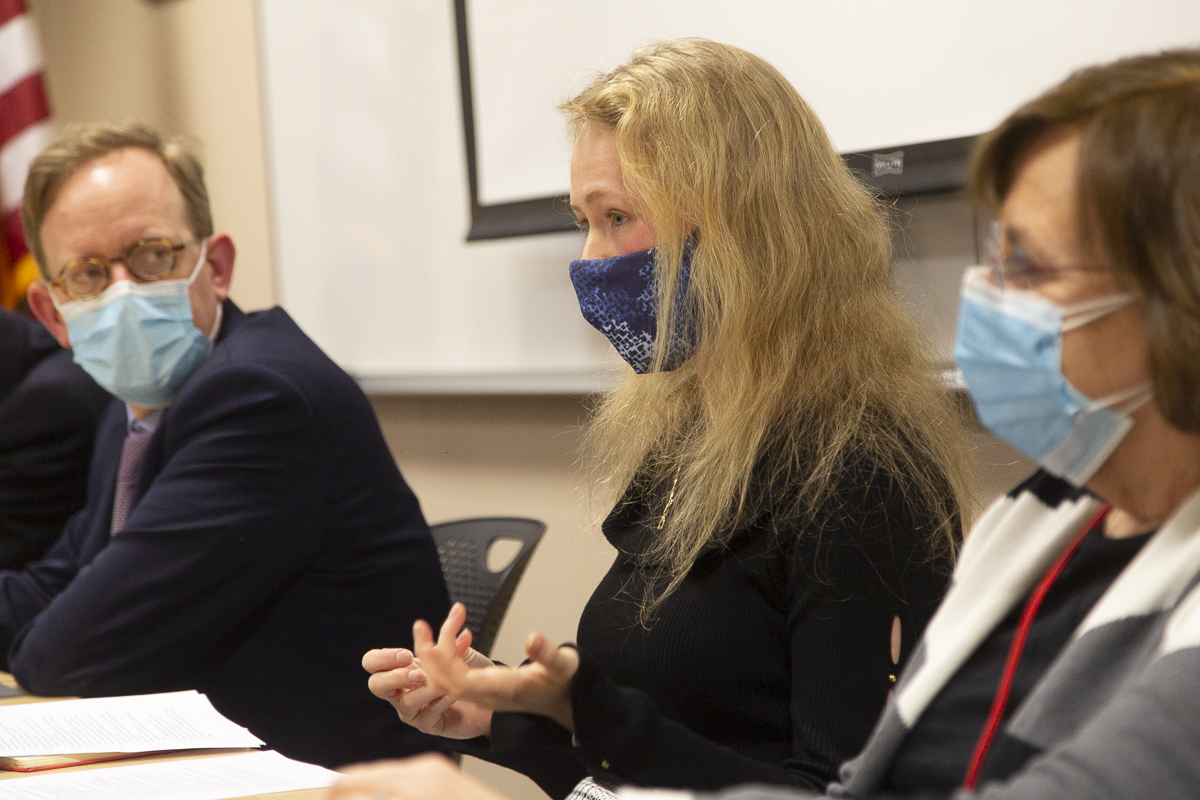 MIT’s Security Studies Program (SSP) presented a special seminar on March 2 entitled, “Understanding the War in Ukraine.” Over 100 alumni and affiliates in far-flung locations tuned in to hear the seminar during a livestream presentation, which featured commentary by four experts in this realm.

Participants in the discussion included two MIT professors of political science: Mariya Grinberg, whose work focuses on conflict economics, and Barry Posen, whose specialties include military doctrine and grand strategy. They were joined by Carol Saivetz, a Russia expert and special adviser to MIT SSP, and Elizabeth A. Wood, a Russia specialist and professor of history at MIT. Professor M. Taylor Fravel moderated the discussion.

Wood began the seminar by offering her opinion on Russian president Vladimir Putin’s motivations for invading Ukraine. Referencing public addresses the Russian autocrat has given in recent weeks, Wood said “Clearly, he’s expressing a great deal of emotion — I would call it rage — at Ukraine for daring to go an independent route.”

She clarified to note that independence, for Putin, is not so much about democracy, “as it is about economics.”

“He wanted Ukraine to be the jewel in his Eurasian Union,” she said. “[In] 2014, it became clear that they were not going to be [that] jewel.”

Following Wood, Saivetz initially focused on Russia’s inability to exercise influence in “rule-setting” during the twilight of the Cold War.

“Russia was not part of the rule-setting” after the Soviet Union collapsed, she said. “It’s not just about NATO expansion.” She added that after 1991, Russian government officials had rules and regulations imposed on them unilaterally. “Russia didn’t set those rules. Russia wasn’t consulted in that process,” she said.

Posen, the Ford International Professor of Political Science, began his opening presentation by noting the fog of war continued to obscure any expert analysis of the situation on the ground.

He said he believed both the Ukrainian and Russian governments were capably “managing” information flowing out of the country. Any expert outside of Ukraine “was reading tea leaves” in coming to conclusions, he added.

“Even the press has a problem,” Posen said. “If you look at the various key press outlets, if you look at their war situation maps, that all comes from the same place. There is no independent judgment by these journalists.”

Grinberg, an expert in conflict economics, described the various sanctions aimed at Russia by Western allies, including: “smart sanctions,” which are things like travel bans directed at individual actors; commercial sanctions, which ban the export of certain products to a country; and financial sanctions, which impact a country’s ability to raise capital and use currency that it has in store in foreign banks.

The seminar was live-streamed to an audience of Department of Political Science faculty, students, and alumni.